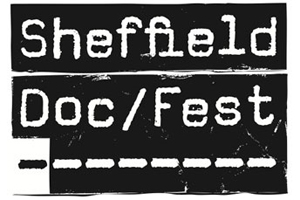 Sheffield Doc/Fest celebrates its 20th anniversary this year, opening next Wednesday, June 12, and running through Sunday, June 16. While I’ve never been able to make it out to the event, I’ve always looked forward to seeing their lineup and have been envious of the stories I’ve heard from attendees of the well-loved fest. As usual, I’ll highlight a number of this year’s offerings below, going by programming strand, and focusing more on newer titles than on those that I’ve already covered at other fests. 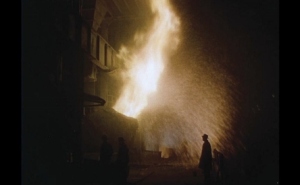 Sheffield kicks off with several opening night events, including a screening of Sundance winner PUSSY RIOT – A PUNK PRAYER and THE BIG MELT (pictured), a collaboration between Jarvis Cocker and Martin Wallace creating a live musical, cinematic, and industrial experience drawing from a hundred years of the BFI archives. 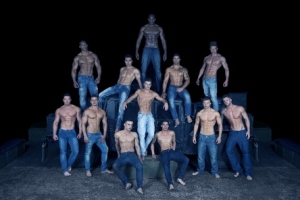 British films continue to get their due in the fest’s Best of British and Channel 4 First Cut strands. The latter offers two new titles: Rachel Tracy’s CONFESSIONS OF A MALE STRIPPER (pictured), a look at Britain’s popular Dreamboys troupe; and Joseph Martin’s SCIENTOLOGISTS AT WAR, a profile of the controversial group through the perspectives of notable former members. 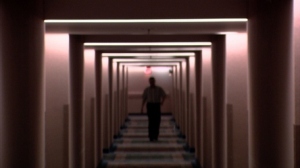 Best of British includes several new films, including the fascinating MIRAGE MEN (pictured), John Lundberg, Mark Pilkington, Roland Denning, and Kypros Kyprianou’s investigation into the US government’s practice of encouraging UFO fanatics as a deliberate disinformation campaign; and EVERYBODY’S CHILD, director Gary Fraser’s affecting personal journey to make peace with his troubled past. Other intriguing British titles include: Vikram Jayanti’s THE SECRET LIFE OF URI GELLER – PSYCHIC SPY?, a look at the entertainer’s secondary career in the intelligence world; David Bond’s PROJECT WILD THING, about the filmmaker’s attempt to get families to re-embrace nature – by marketing it; Callum Macrae’s NO FIRE ZONE: THE KILLING FIELDS OF SRI LANKA, a first-hand account of the devastating decades-long Sri Lankan civil war; David Brindley and Grace Reynolds’ EDUCATING YORKSHIRE, the first part of a new series offering an indepth look at schooling in the northern town; and David Sington’s THE FEAR OF THIRTEEN, presented as a work-in-progress, an experimental doc about a convicted murderer seeking execution. 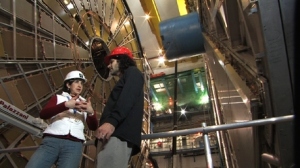 Shifting into international terrain, Global Encounters casts its net around the world, while the EUNIC and Euro/Doc strands provide a look at nonfiction from the continent. Included here are: Mark Levinson’s PARTICLE FEVER (pictured), looking at the launch of CERN’s Large Hadron Collider; Samantha Grant’s A FRAGILE TRUST: PLAGIARISM, POWER, AND JAYSON BLAIR OF THE NEW YORK TIMES, a comprehensive account of the infamous scandal; Hao Wu’s THE ROAD TO FAME, following Chinese drama students hoping to be cast in a production of FAME; Huijing Xu’s MOTHERS, in which the filmmaker follows government officials attempting to enforce China’s one-child policy in his rural hometown; Eva Orner’s THE NETWORK, about an upstart television broadcaster in Afghanistan; Douglas Kass’ EMPTYING THE SKIES, following novelist Jonathan Franzen as he investigates the poaching of songbirds in Cyprus; and Emer Reynolds and John Murray’s HERE WAS CUBA, the story of the Cuban Missile Crisis, using newly-uncovered recordings of JFK’s advisory sessions. 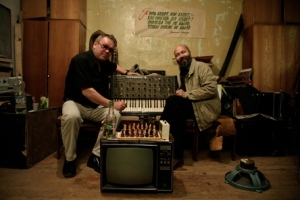 Additional programming strands include the LGBT-themed Queer Screens; activist-oriented Resistance, which includes Ken Loach’s THE SPIRIT OF ’45, the auteur’s retrospective look at the UK’s post-war progressive social policies; art doc-focused The Habit of Art, which includes titles like Mike Kelley’s MOBILE HOMESTEAD, a tribute to Detroit designed as the journey of a mobile replica of his childhood home; sports-themed This Sporting Life, featuring John Dower’s BRADLEY WIGGINS – A YEAR IN YELLOW, following the cyclist at both the Tour de France and the London Olympics; music doc section Behind the Beats, offering Elena Tikhonova and Dominik Spritzendorfer’s ELECTRO MOSCOW (pictured), a portrait of Russian ingenuity under communism in the form of underground sound engineers; and Ursula Macfarlane’s NOTES FROM THE INSIDE WITH JAMES RHODES, in which the formerly institutionalized pianist performs for mental healthcare patients.

Rounding out Sheffield’s programming are a number of cross-platform works, outdoor screenings, films celebrating films and filmmaking, short work, and retrospectives and tributes, including works by the late Les Blank and Chris Marker, as well as Japanese great Shohei Imamura and the UK’s Michael Grigsby.

One response to “Sheffield Doc/Fest 2013 Overview”