About:
The story of the first wave of black South Africans who fought for freedom in exile.

After the death of his stepfather, Benjamin Pule Leinaeng, filmmaker Thomas Allen Harris sets out to tell not only Leinaeng’s story, but that of his close friends and fellow freedom fighters, in total a dozen young men who grew up under apartheid, supported the African National Congress, and, eventually, had to leave their homeland to try to garner support for their cause in the international community. For his part, Leinaeng resettled in New York City, where he met Harris’ mother, and, together, created a central hub of sorts for the movement. Reflections from the surviving Mandela “disciples,” as well as Harris and his family, are combined with dramatic re-enactments and film shot by Leinaeng to trace the freedom fighters’ often surprising and sometimes dangerous activities, intimately revealing both the costs and joys of their three decades of work conducted in exile.

On TV: GILDA BRASILEIRO: AGAINST OBLIVION

About:
A woman unearths proof of an illegal slave trade in 19th century Brazil.

After Gilda Brasileiro moves to a small community in the Brazilian rainforest, she is confronted by a willful amnesia about the location’s involvement in an underground slave route of the early 19th century, when Africans were forced to work the coffee plantations of the region. Of Afro-Brazilian background herself, Brasileiro begins digging for evidence, and uncovers indisputable proof that not only had slaves been used on the plantations, but the practice continued for a half century after Brazil was said to have left the transatlantic slave trade. Supplementing Brasileiro’s story, the filmmakers gather their own visual record of slavery in the region, conducting close readings of historical posed photographs of slaves by Marc Ferrez. While these images are haunting, the film does not properly contextualize the filmmakers’ backgrounds, making the personal reflections conducted here awkward and somewhat at cross purposes with Brasileiro’s mission. As a result, while there’s intriguing hidden history explored, the doc is on the whole too clunky in its presentation.

On TV: WE BELIEVE IN DINOSAURS

About:
An exploration of the influence of American creationism through Kentucky’s contentious Ark Encounter museum.

The film screened as part of DOC NYC, for which our program notes read:
In rural Kentucky, a creationist group builds a life-size, $120 million Noah’s Ark museum – replete with animal, human, and dinosaur models – in an attempt to affirm the factuality of the Biblical story. Standing against this attempt to co-opt history and science are a local geologist, an atheist activist, and a former creationist. Throw in a tax scheme that funnels public funds into the Ark at the expense of local economic sustainability, and the result is an outlandish tale that must be seen to be believed.

New to DVD this week:
MCCARTHY

About:
A comprehensive account of the rise and fall of notorious Wisconsin senator Joseph McCarthy.

About:
A look at a peculiarly Dutch fishing tradition.

I previously wrote about the doc out of Tribeca here.

On DVD: WHAT YOU GONNA DO WHEN THE WORLD’S ON FIRE?

New to DVD this week:
WHAT YOU GONNA DO WHEN THE WORLD’S ON FIRE?

About:
An exploration of race in the American South.

On VOD: THE PEARL BUTTON 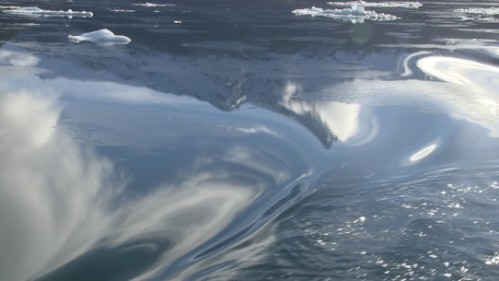 About:
A personal excavation of Chile’s dark legacy.

what (not) to doc
Blog at WordPress.com.