On DVD/VOD: THE EAGLE HUNTRESS

Notable Recognition:
The doc was shortlisted for the Academy Awards.

I profiled the film before Sundance here. 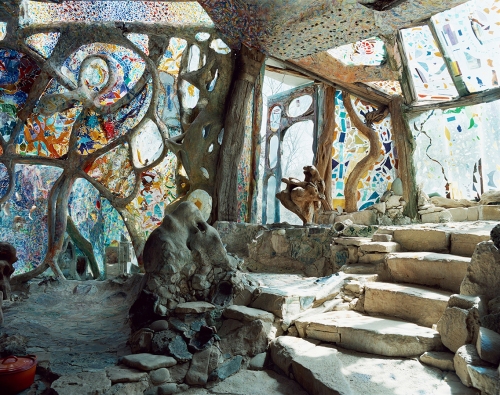 Don Freeman’s exploration of a number of artists’ houses premiered at a standalone screening in New Jersey in 2014. Other screenings have included Palm Beach, Newport Beach, and the Milan Design fests.

Photographer turned filmmaker Freeman profiles nearly a dozen “handmade” homes, dwellings that reflect their artists’ or designers’ aesthetics and which were often slowly built over the course of several years, in contrast to industrialized, cookie-cutter assemblages. The well-shot film is meant to be a celebration of this inventive, individualized approach to architecture, but despite showcasing a range of often fascinating homes, including Frederic Church’s Olana, Paolo Soleri’s Cosanti, and Byrdcliffe Arts Colony, Freeman’s approach feels like a series of excruciatingly slow slideshows for Architectural Digest more than a holistic longform documentary, made even more challenging for general audiences to watch due to its intrusive, off-putting score.