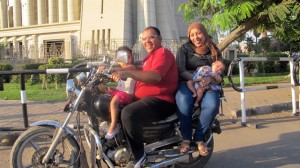 CAIRO DRIVE
Director: Sherief Elkatsha
NYC PREMIERE
Shot before, during and after the revolution, this entertaining film explores Cairo from the street level through the perspectives of its drivers.
Expected to attend: Sherief Elkatsha 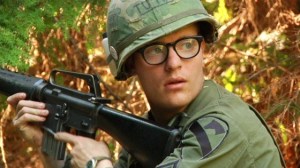 KASAMAYAKI (pictured above)
Director: Yuki Kokubo
WORLD PREMIERE
Following the devastation of the 2011 earthquake and tsunami, Yuki visits her estranged parents in Kasama, Japan, a rural artist community, in the hopes of making sense of their past.
Expected to attend: Yuki Kokubo

THE LIFE AND MIND OF MARK DEFRIEST
Director: Gabriel London
NYC PREMIERE
Sentenced to four years in prison in 1978, Mark DeFriest’s numerous escapes have kept him incarcerated for over three decades.
Expected to attend: Gabriel London

NO CONTROL
Director: Jessica Solce
WORLD PREMIERE
A provocative exploration of the contentious issue of gun control through profiles of two men at opposite ends of the debate.
Expected to attend: Jessica Solce, film subjects Greg Bokor and Cody Wilson 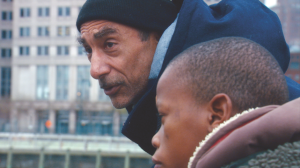 THE WOUND AND THE GIFT
Director: Linda Hoaglund
US PREMIERE
All over the world, people save animals that were bred, abused, or sold on the black market, with an impact on both rescuer and rescued.
Expected to attend: Linda Hoaglund

Why You Should Attend:
Past winners of the Viewfinders competition have included A WORLD NOT OURS, INFORMANT, SCENES OF A CRIME, and WINDFALL. This year’s selections include four world premieres, covering a diverse range of topics, from the gun debate and the dark side of relief work to family dynamics and an unforgettable outsider artist. The latter film, ALMOST THERE, marks the directorial debut of Aaron Wickenden, whose editing credits include FINDING VIVIAN MAIER, THE TRIALS OF MUHAMMAD ALI, and the INTERRUPTERS.

Several of the competition titles have already impressed at other major festivals: SONG FROM THE FOREST won at IDFA, while CAIRO DRIVE was recognized at Abu Dhabi, and MEET THE PATELS picked up two awards at Traverse City, an audience award at Los Angeles, and made the top ten of Hot Docs’ audience favorites.

THE WOUND AND THE GIFT marks Linda Hoaglund’s third time at DOC NYC following 2010’s ANPO: ART X WAR and last year’s THINGS LEFT BEHIND. Producer Daniel Chalfen, another DOC NYC alumni with last year’s TOWN HALL, 2012’s CODE OF THE WEST, and 2010’s THE DISAPPEARANCE OF MCKINLEY NOLAN, is represented in the competition by both THE LIFE AND MIND OF MARK DEFRIEST and IN COUNTRY.

More Info:
To purchase tickets, click on the individual titles above, and follow links for ticketing; or check out the new options for Passes.