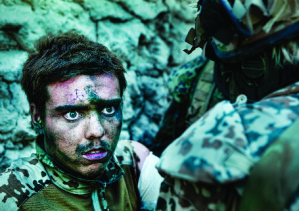 I’m not a reviewer, but just as I write about documentaries I like that are coming to theatres/TV/DVD, I’ll occasionally post some thoughts on documentaries I catch at the festivals I attend.

I returned from the Toronto International Film Festival a few days ago after a shorter than usual trip, but was fortunate to see a number of films in doc programmer Thom Powers’ Real to Reel lineup, though sadly not all. Some brief thoughts:

ANPO
Linda Hoaglund’s examination of the resistance to US military bases in Japan, as represented through artwork and photography, had its world premiere at TIFF. While the film takes a unique approach to the topic, I found myself less interested in the specifics of the artists’ backgrounds and work that the film delves into, and much more curious about the overarching issue of the bases and their role in American foreign policy. This wasn’t Hoaglund’s goal with her project, so I can’t really fault her for focusing on what she wanted to focus on, but that’s just what ended up resonating more strongly for me.

COOL IT
While director Ondi Timoner premiered her past films at Sundance, where she’s twice won Grand Jury Prizes, she brought her newest work to Toronto before its theatrical release through Roadside Attractions. The film does double duty, profiling controversial author Bjorn Lomborg while also exploring his practical solutions for climate change and its root causes. Both aspects offer much food for thought – Lomborg is a captivating figure and emerges in no way as the anti-global warming naysayer that some have tried to represent him as – much of what he says makes a lot of sense. While the film doesn’t exactly reflect Timoner’s typical style, its ability to take a large issue and humanize it fits within her purview. 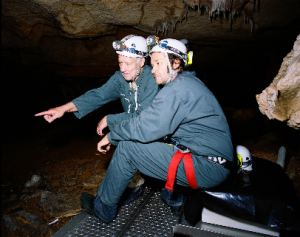 CAVE OF FORGOTTEN DREAMS
Ach, Werner… A new Herzog doc is always essential viewing, but a 3D one brings it to a new level. Having its world premiere at TIFF, the film makes absolutely appropriate use of 3-D, allowing viewers to have a more rounded sensory experience of southern France’s Chauvet caves, a location few people will ever have the opportunity to directly visit. This is pure Herzog, complete with a fairly incessant but sometimes inspired narration, the occasional oddball interview subject, and a truly bizarre coda involving albino alligators. I personally found a lot to appreciate, even if it may not be as masterful as ENCOUNTERS AT THE END OF THE WORLD or GRIZZLY MAN.

ARMADILLO
This Danish production (pictured at the top of this post) premiered at Cannes, where it won the Grand Prix for Critics Week. Director Janus Metz follows Danish troops into Afghanistan, where they’re stationed at the base which lends the film its title. The film has already been compared to Sundance Documentary Grand Jury Prize winner RESTREPO, with which it shares a lot of commonalities, but I responded equally strongly to both films. I found myself still thinking about Metz’s film days after the screening, and how, despite embedding himself in the action and with his subjects, the director is able to allow the audience the critical distance to engage actively with the troubling developments that take place. I hope the film reaches a wider audience – it’s a must-see.

Next time, some thoughts on GAME OF DEATH, THE PIPE, WINDFALL, PINK SARIS, and THE SOUND OF MUMBAI: A MUSICAL.