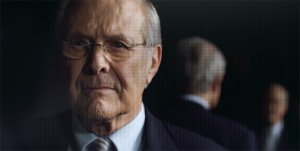 In the midst of a busy programming season, I’ve been remiss in posting my thoughts on the documentaries of the Toronto International Film Festival, which I should have done several weeks ago. In this breather before DOC NYC begins, I now have the opportunity to play catch up. This post will look at some of the films in the TIFF Docs section, programmed by my colleague Thom Powers, and includes several titles that will be making their NYC bow at DOC NYC in the coming weeks, while following posts will roundoff this section and cover nonfiction programming from other festival strands.

THE UNKNOWN KNOWN
What better place to start than Errol Morris’ latest – which will open DOC NYC on Thursday, November 14 – the master documentarian’s one-on-one with former Secretary of Defense Donald Rumsfeld (pictured above). Like his Oscar-winning THE FOG OF WAR, Morris aims to make sense of both his subject and the wars he oversaw in service to the nation. While no startling revelations emerge from the topics covered, given their ubiquity in the media over the past decade, shock and awe aren’t really the point of this captivating project. The tells are more subtle, with Morris’ questions eliciting the expected answers, but with a willful ignorance or deliberate coyness that will likely add to Rumsfeld’s ignominy or praise, depending on the viewer’s politics. Perhaps most fascinating are Rumsfeld’s notorious “snowflakes” – the tens of thousands of memos he methodically penned – which serve as a recurring storytelling device here. These stand as a legacy, not just of his role in the quagmire of conflict in Afghanistan and Iraq, but of the man’s unrealized ambitions – it’s clear that he expected these to end up in his Presidential library one day, but he lost his chance when Ronald Reagan passed him over as his running mate in 1980. 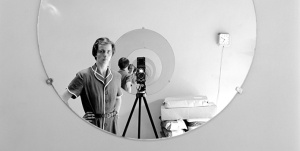 FINDING VIVIAN MAIER
Perhaps the most talked about of TIFF’s documentaries was John Maloof and Charlie Siskel’s investigation into the life of a previously unknown photographer. When Vivian Maier died four years, ago, no one knew her work. As the film reveals, it wasn’t until Maloof, a young Chicago historian, purchased a box of her negatives at auction that the world began to take notice. Working with Siskel, he traces his own obsession with learning more about the mysterious nanny who produced a remarkable body of street photography in absolute obscurity. As the reclusive woman comes into focus, aided by interviews with former employers – including Phil Donahue, oddly enough – and the now-grown children she once cared for, a sinister shadow is cast on her past, making for an engrossing and provocative commentary on the nature of both her work, and of this very documentary. The film serves as DOC NYC’s Centerpiece Gala next month.

TIM’S VERMEER
Another film documenting a photographic obsession of a sort, Teller (of Penn & Teller fame)’s debut follows inventor Tim Jenison as he attempts to prove a theory about how the Dutch master Johannes Vermeer achieved such photorealistic verisimilitude in his work. Drawing from speculation made in books by David Hockney and Philip Steadman that Vermeer may have somehow used a camera obscura, Jenison discovers his own ingenious answer, utilizing a small mirror. His initial demonstration is quite simply startling, but not content with sheer speculation, Jenison sets out to duplicate as close as possible the circumstances in which Vermeer would have worked so that he can take on a larger task: creating a faithful replica of the Old Master’s The Music Lesson by hand. The painstaking process, from grinding his own lenses to making his own stained-glass windows to scale, shows how far Jenison is willing to go, even as he grows resigned to how crazy his plan is as the months fly by. Utterly accessible, even if the viewer has never heard of Vermeer before, Teller’s film is a fascinating exploration of human invention and determination, even as it suggests provocative questions about the role of technology in art. 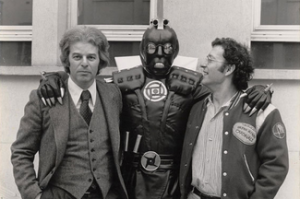 JODOROWSKY’S DUNE
Also wildly entertaining is Frank Pavich’s chronicle of the legendary would-be adaptation of Frank Herbert’s sci-fi classic by the art house auteur of EL TOPO and SANTA SANGRE. Jodorowsky, in often delightfully hyperbolic storytelling mode, recounts how he secured the rights to the bestseller in 1975, joining forces with French producer Michel Seydoux to create what he believes would have surely been the most important film of all time – even if he hadn’t bothered to actually read the novel. Recruiting a bizarre, but somehow entirely appropriate, cast of collaborators, from artists Moebius and HR Giger to Mick Jagger, Pink Floyd, and even Salvador Dali and Orson Welles, the director spent two years developing the project before financing failed to materialize. What did remain, however, was a tantalizing bible of storyboards, character designs, and other notes, shown extensively here, as well as the impact the project had on its architects, who went on to adapt several of their plans for later sci-fi classics like STAR WARS and ALIEN.

THE DOG
On the other end of the film adaptation spectrum is Allison Berg and Frank Keraudren’s long-gestating look at the true story behind one of the most famous films of the 1970s, DOG DAY AFTERNOON. As detailed in that film, their eponymous subject, otherwise known as John Wojtowicz, famously robbed a Brooklyn bank to finance his transsexual wife’s MTF surgery, leading to a long, televised standoff. Some of that footage is used here, combined with period photos to recapture New York City – and especially the nascent gay liberation scene – in all the grittiness of the era, as recounted through interviews with Wojtowicz, his other wives, both straight and gay, and his scene-stealing mother, among others. Filming Wojtowicz for several years before his death in 2006, the directors manage to effectively convey his strange charisma, even amidst serious self-delusion and utter crassness, making him an unforgettable figure in an ultimately sad story. 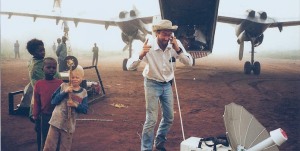 MISSION CONGO
Looking back at another crime, or at least an alleged one, Lara Zizic and David Turner’s investigative doc focuses on the activities of influential Christian Broadcasting Network televangelist Pat Robertson’s charity Operation Blessing in Zaire (now the Democratic Republic of Congo) in the mid 1990s. Appealing to his vast viewership for donations to help the hundreds of thousands of Rwandans who sought refuge from genocide across the border, Robertson claimed his efforts brought critically needed doctors, medicine, and other supplies to the crisis. As originally reported in 1999, and revisited here, those on the ground in the Congo tell a very different story – aid amounted to a ludicrous amount of aspirin and little else, despite CBN using footage of Doctors Without Borders to suggest otherwise. Robertson’s true mission, it’s argued, was to use the crisis to exploit the country’s diamonds. Zizic and Turner’s efforts to expose the truth have already led Robertson to threaten legal action, suggesting that where there’s smoke, there’s fire. New Yorkers will have a chance to judge for themselves when the film screens in competition at DOC NYC.

THE SQUARE
In theatres now, but also screening at DOC NYC as part of our Short List of notable releases with award potential is Jehane Noujaim’s riveting look at the aftermath of the 2011 Egyptian revolution that ousted dictator Hosni Mubarak. Unusually, the film appeared at Toronto even after it had screened at Sundance at the beginning of the year, where it picked up an audience award. Noujaim and her team made the decision that the January cut of the film didn’t tell the whole story and kept on filming, moving beyond the election of Muslim Brotherhood candidate Mohamed Morsi that ended the original version to chronicle what came next. It was a wise move, showing the complexity that comes with radical change. Noujaim’s film focuses on Egypt in a microcosm, following a small but diverse handful of young friends, representing both secular and religious concerns, as they navigate their new reality. Initial euphoria quickly fades as the promises of the military go unfulfilled, necessitating a return to the famed Tahrir Square more than once. After backroom negotiations see the Muslim Brotherhood being handed the reins of power, instigating divisive tactics among the revolutionaries, it’s like deja vu for Noujaim’s subjects as they clamor for Morsi’s abdication. But even though their utopian idealism has been tempered, they maintain hope, recognizing that, two years in, they’re just at the beginning of the story. 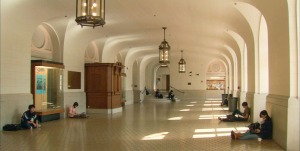 AT BERKELEY
Historically the site of its own would-be world changers, the University of California at Berkeley is the subject of nonfiction legend Frederick Wiseman’s expansive new four-hour film. Though absolutely of the moment, immersing the viewer in various facets of the modern institution from student life and classroom lectures to administrative meetings, the film’s setting can’t help but recall Cal’s status as the epicenter of 1960s student activism, underlined here by a present-day student protest against tuition increases that culminates in the temporary occupation of a library. These scenes, and Wiseman’s canny intercutting of the administration’s methodical planning and response to this modern-day activism, form the spine of the film – alternate responses to the budget crisis threatening the UC system that weaves throughout the film. As with the best of his work, there’s a spell-binding element at work that keeps the viewer wanting to see more, aided in this case by the audience’s shifting allegiances between the pragmatic administrators, best represented by chancellor Robert J Birgenau, and the refreshingly engaged (for a time) students.