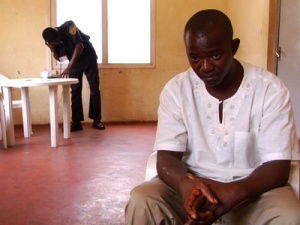 Set in Freetown, Sierra Leone, the film focuses on the special trial of the controversial Issa Sesay, for some a war criminal, for others a hero who was instrumental in bringing peace to the war-torn African nation. Granted incredible access into the workings of a unique international court, Cohen is able to present a comprehensive and at times contradictory view of the accused and of the underlying issues that kept the civil war raging for years. There are no simple answers, and the film doesn’t aim for them – instead it accepts the conflicting nature of its subject, and lays it bare for audiences to debate.

One response to “On Cable: WAR DON DON”