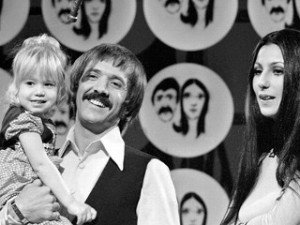 My doc-by-doc look at this year’s Sundance line-up shifts to the new Documentary Premieres section, an addition to the longstanding Premieres category, and featuring the work of established and accomplished documentarians or own bigger subjects. First up is the newest doc from multiple Sundance alumni Fenton Bailey and Randy Barbato, BECOMING CHAZ, following the former Chastity Bono’s path to his new public identity as a transgender man.

Chaz Bono was a male trapped in a female shell for as long as he can remember. Growing up as Sonny and Cher’s adorable golden-haired daughter in a body he felt wasn’t his own was a crucible it took years to transcend. Now, as he undertakes gender reassignment, he’s bravely decided to share the process on camera. Becoming Chaz invites us along on Chaz’s remarkable journey of transformation. As hormone shots give way to top surgery, down-to-earth, unflappable Chaz beams with a sense of liberation and goes public with his story to put a face on a misunderstood issue. Meanwhile, his gregarious girlfriend grapples with the realities of suddenly living with a man, and it’s clear sex change isn’t solely a physical transition.

Intimate and nakedly honest, the film reveals the humanity and courage it takes for Chaz to ultimately embrace his true self. His moving struggle will reverberate profoundly for anyone to whom authenticity matters.

Some Background:
Prolific director/producers Bailey and Barbato of World of Wonder have been to Park City numerous times, bringing two versions of PARTY MONSTER (the 1998 doc and the 2003 narrative), THE EYES OF TAMMY FAYE (2000), and INSIDE DEEP THROAT (2005). This year, they screen both BECOMING CHAZ and GRAB (Billy Luther’s documentary will be profiled next week), which they executive produced.

Why You Should Watch:
While there have been many documentaries following an individual’s gender transition, only a handful have featured public individuals. Even among that subset, it’s hard to think of another film, aside from ALEXIS ARQUETTE: SHE’S MY BROTHER, whose subject has had such a visible presence in pop culture as the young Chaz did, appearing regularly on THE SONNY & CHER SHOW and otherwise growing up in the public spotlight next to her famous parents. This theme of public visibility is as much at the core of BECOMING CHAZ as are the issues that come up in Chaz’ private life during his transition, and brings an interesting new twist to what may be a familiar subject for some viewers.

Screening Info:
For screening dates and times at Sundance, click the link in the first paragraph above.

One response to “2011 Sundance Docs in Focus: BECOMING CHAZ”