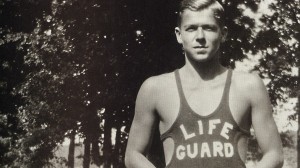 Documentary Premieres is also home to Sundance alumnus Eugene Jarecki, who brings REAGAN, his exploration of the controversial US President, and, most significantly, the mythmaking that’s grown around him since he left the Oval Office.

Ronald Reagan as a man, as compared to his legacy, is rich territory for exploration, and a line from Shakespeare’s JULIUS CAESAR is just one of the many things that springs to mind after viewing filmmaker Eugene Jarecki’s latest opus, REAGAN (Jarecki’s documentary WHY WE FIGHT won the 2005 Sundance Film Festival Grand Jury prize). Speaking at his funeral, Mark Antony said of Caesar, “The evil that men do lives after them; the good is oft interred with their bones.” With a firm grasp of Reagan’s story, Jarecki avoids the predictable and takes the long view on Reagan’s life and influence, while staying centered on him as a man of deep contradiction; an American whose patriotism paradoxically led him to impeachable acts, a liberal Democrat who came to define the modern conservative movement.

Rendered to play the big screen, but unlike the B-movies that fill Reagan’s resume, this may be the best movie Ronald Reagan ever starred in. Through extraordinary visual material, interviews, and research, Jarecki creates a definitive portrait of a man solidly in and of his times, whose policies and beliefs, for better and worse, continue to shape the world we live in.

Some Background:
Aside from the already mentioned Sundance award-winning WHY WE FIGHT, Jarecki directed 2002’s THE TRIALS OF HENRY KISSINGER, and contributed to the omnibus documentary adaptation of FREAKONOMICS, which debuted at last year’s Tribeca.

Why You Should Watch:
Viewers who think they know what to expect from a biography of Ronald Reagan are sure to be proven wrong. This is neither a hatchet job nor a hagiography, and that’s Jarecki’s whole point – he doesn’t shy away from criticisms leveled against the 40th US President, but neither does he try to underplay legitimate praise afforded to him. The film presents Reagan as a complex, multi-faceted figure while simultaneously acknowledging his failings – such as willfully ignoring the AIDS crisis – and his accomplishments – working towards nuclear arms reductions. REAGAN poses cogent, timely questions about how history is written and how political expediency contributes to mythmaking around political leaders and their legacy, and should not be missed.

Screening Info:
For screening dates and times at Sundance, click the link in the first paragraph above.