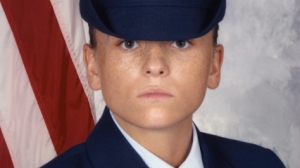 My look at the 2012 Sundance US Documentary Competition passes the halfway point with Kirby Dick’s powerful exposé of rape in the US military: THE INVISIBLE WAR

Casualties of war rage beyond the battlefield. As ranks of women in the American military swell, so do incidents of rape. An estimated 30 percent of servicewomen and at least 1 percent of servicemen are sexually assaulted during their enlistment. And not by the enemy, but at the hands of fellow soldiers. With stark clarity and escalating revelations, THE INVISIBLE WAR exposes a rape epidemic in the armed forces, investigating the institutions that perpetuate it as well as its profound personal and social consequences.

We meet characters who embraced their service with pride and professionalism, only to have their idealism crushed. Their chilling stories of violent sexual assault become even more rattling as they seek justice in a Kafkaesque military legal system. As a courageous few defy victimhood, they face their most challenging fight yet: penetrating a closed circuit where officers collude, cases are routinely swept under the rug, and few perpetrators are tried or convicted.

Why You Should Watch:
Like his past two films, Dick’s newest explores a topic shrouded in secrecy that has potentially catastrophic effects on others’ lives and livelihoods. While THIS FILM IS NOT YET RATED took on the clandestine MPAA and this arbitrary and out-of-touch decision-making, and OUTRAGE looked at closeted gay politicians who voted anti-LGBT, the members of the military hierarchy that encourages, condones, and covers up sexual violence are arguably Dick’s most heinous subjects yet. The film features powerful testimony from sympathetic subjects who clearly once believed in military service only to find the foundations of their patriotism ripped away from them. One hopes that the exposure Dick’s film provides can keep the issue in the spotlight until real reform is undertaken by the historically slow to change military.

More Info:
Check out the film’s website and Facebook page. Dick discusses his doc in his “Meet the Artists” interview for Sundance here, while the film’s trailer may be found here. For screening dates and times at Sundance, click the link in the first paragraph.

4 responses to “2012 Sundance Docs in Focus: THE INVISIBLE WAR”