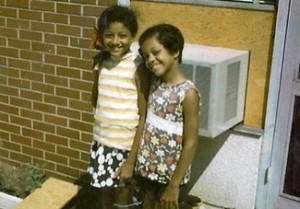 Chico Colvard premiered his remarkable excavation of family secrets at the 2010 Sundance Film Festival. During its subsequent festival run, the doc picked up awards at Atlanta, Silverdocs, Independent Film Festival Boston, and elsewhere, and also screened at other notable events such as Hot Docs and Full Frame.

In this incredibly raw and personal story, Colvard investigates the disturbing fallout from a particularly dramatic childhood accident in which, at the age of ten, he accidentally shot his eldest sister. While she survived, his sister revealed horrific child abuse taking place in their home – abuse from which Colvard was protected. Though Paula, Angelika, and Chiquita suffered at the hands of their father, as adults, they strangely maintain a staunch loyalty to him. Through his film, Colvard attempts to understand these intersections of trauma, forgiveness, and familial love. Mixing archival footage with frank present-day discussions with his sisters and parents, the director brings the audience along with him as he tries to make sense of what many would consider unthinkable, but which has in many ways defined his essential experience of family.