On VOD: PARIS IS BURNING 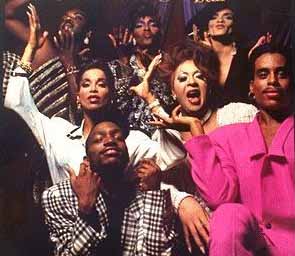 Coming to VOD via iTunes by Sunday, April 1: PARIS IS BURNING

Jennie Livingston’s classic doc examining Black and Latino drag ball culture made its debut in 1990 in Toronto, and won awards at both Sundance and Berlin the next year, as well as a distribution deal with Miramax.