In Theatres: WELCOME TO THE MACHINE 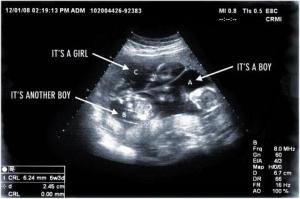 Coming to Brooklyn’s reRun Theater this Friday, January 11: WELCOME TO THE MACHINE

Avi Zev Weider’s directorial debut had its world premiere last year at SXSW. Since then, it has also screened at Hot Docs, Sarasota, and Woodstock, among other fests.

After Weider and his wife have trouble conceiving, their turn to in vitro fertilization results in triplets, born prematurely, and thus initially dependent on machines to keep them healthy. This utilization of science for both the conception and sustenance of his children’s lives serves as the launching pad for a far-ranging meditation on the omnipresence and importance of technology in human’s lives. To gain insight on such a huge topic, Weider elicits the opinions of experts like singularity proponent Ray Kurzweil and virtual reality pioneer Jaron Lanier, and demonstrates some of the practical applications of their insights through the stories of a blind man using an artificial retinal implant to see again and Army soldiers remote-piloting unmanned aerial vehicles. In an attempt to explore an extreme anti-technology viewpoint, Weider seeks comment from Ted Kaczynski, the infamous Unabomber, but instead has to make due with one of his would-be victims and a Unabomber scholar. Taking a broad approach, the doc offers an introduction to a subject that should prove thought provoking, stimulating long conversations about how viewers’ lives are themselves affected by the increasing merging of man and machine.