2013 Sundance Docs in Focus: THE SUMMIT 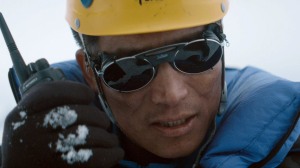 Closing out today’s Sundance doc profiles is the penultimate film in the World Cinema Documentary Competition: From Ireland/UK, Nick Ryan’s THE SUMMIT, about the most infamous day in the history of mountain climbing.

Although K2 is only the second-highest peak in the world, it is renowned as the most dangerous and revered by mountaineers as their ultimate challenge. In August 2008, 18 of 24 climbers reached the summit of K2. Forty-eight hours later, 11 people were dead. What happened on that fateful day has never been resolved.

Utilizing found footage, interviews with survivors, and seamlessly realistic reenactments, THE SUMMIT zigzags back and forth in time, interweaving multiple narrative threads and piecing together events, hoping to solve the mystery of what actually happened on that day—the deadliest in mountain-climbing history. At the heart of the mystery is the story of Ger McDonnell, one extraordinary man who chose to risk his own life to save others. With the help of breathtaking cinematography by Robbie Ryan and Stephen O’Reilly, director Nick Ryan creates a tension-filled, experiential film that will have viewers on the edge of their seats. THE SUMMIT pits Man against Mother Nature in her most majestic and terrifying extreme.

Some Background:
This marks Ryan’s feature directorial debut after directing and producing narrative shorts. Joining him as executive producers are Ryan’s Image Now Films partner Darrell Kavanagh, Sundance alum John Battsek (producer of this year’s MANHUNT, THE TILLMAN STORY (2010), SERGIO (2009), IN PRISON MY WHOLE LIFE (2008), and LILA SAYS (2005); and executive producer of a slew of other alums, most recently THE IMPOSTER (2012) and SEARCHING FOR SUGAR MAN (2012)); Fantastic Films’ John McDonnell (a Sundance alum as producer of SONG FOR A RAGGY BOY (2003)); and mountaineer, adventurer, and author Pat Falvey.

Why You Should Watch:
One of the most suspenseful docs in this year’s lineup, Ryan’s nail-biting film recreates the risk the climbers faced on K2 more than four years ago. Engrossing as both the story of an adventure gone horribly wrong and as a portrait of what motivates men and women to put themselves in almost certain danger, the film will make you look at Park City’s snowy mountain surroundings with a different perspective.

More Info:
View the film’s trailer. For more information on the doc, visit its website. For Ryan’s thoughts on the film, check out his Indiewire interview. For screening dates and times at Sundance, click the link in the first paragraph.

One response to “2013 Sundance Docs in Focus: THE SUMMIT”