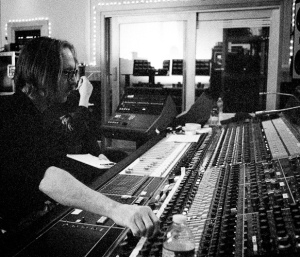 Multitalented musician Dave Grohl of the Foo Fighters and Nirvana fronts a mission to resurrect the rapidly vanishing human touch behind the creation of music. When Sound City, a fabled recording studio, opened in 1969, it boasted a one-of-a kind recording console. Tucked away behind train tracks and dilapidated warehouses in the sunburnt San Fernando Valley, Sound City became rock ’n’ roll hallowed ground where music’s megastars captured their magic on analog tape for three decades.

The advent of the digital age ultimately sounded the death knell of Sound City. Grohl cobbles together a troupe of iconic musicians and singers who once called the studio home. Stevie Nicks, Neil Young, Tom Petty, Trent Reznor, Rick Springfield, and Paul McCartney are just some of the legends who jam with Grohl and create a brand-new album on that revered soundboard. Fasten your seat belts. SOUND CITY, Grohl’s outstanding filmmaking debut, rocks the silver screen, not only unearthing music history but making it as well.

Some Background:
Working with Grohl on his filmmaking debut are executive producers Gaby Skolnek and John Silva, among others, who have previously served in the same roles on documentaries about Nirvana and the Foo Fighters.

Why You Should Watch:
Most appealing about Grohl’s film is the sense of unbridled joy conveyed about the studio and its fabled console – a sentiment that will have strike a chord with music fans of various eras and genres. Like fellow Documentary Premieres title MUSCLE SHOALS, there’s a deep love and admiration for the recording studio as a nurturing site of creative expression, and as the repository of a lot of fantastic stories about musicians and their craft. The two docs make for a fascinating double bill, showcasing the influence of the different locations and personalities behind-the-scenes on the music produced there.

More Info:
View the film’s trailer. For more information about the doc, visit its website and Facebook page. For screening dates and times at Sundance, click the link in the first paragraph.