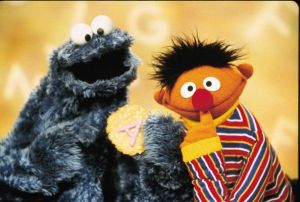 Now available to view online: PIONEERS OF THIRTEEN – episode 1: THE ’60S – EXPERIMENTAL DAYS and episode 2: THE ’70S – BOLD AND FEARLESS

Celebrating the 50th anniversary of PBS’ flagship station, Thirteen/WNET, this four-part series, executive produced by Julie Anderson and produced by Charlotte Mangin and Denise A Greene, delves into the channel’s groundbreaking history, decade by decade. The first episode, focusing on the 1960s, originally aired last September, while the episode on the 1970s, the decade that helped define what Thirteen is to many viewers, just premiered last week. The 1980s episode is scheduled for June, while the 1990s is slated for September. The first two episodes in full are now available online at the links in the paragraph above. 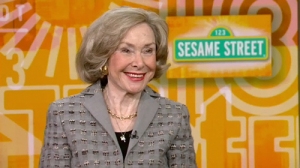 At once a tribute to an American institution, a nostalgic look back at our childhoods, and a fascinating history of a scrappy and unlikely television innovator, the series draws from Thirteen’s storied ranks to reveal how the US developed public television in the 1960s. The subtitle of the first episode, EXPERIMENTAL DAYS, suggests the trial and error nature of that initial decade, as the station aired its first broadcast in 1962 against the backdrop of a minuscule budget and much-needed handouts from the other television networks. But as Thirteen’s programming excelled, winning over viewers and critics, and netting awards in the process, it replaced hand-me-downs with governmental and foundation grants, and championed public affairs programming that solidified public television’s reputation for quality, vital programming. From the perspective of the history of non-fiction, Thirteen supported and showcased the work of Frederick Wiseman, the Maysles brothers, and Margaret Mead, while its Public Broadcast Laboratory brought exciting experimental and innovative programming to the airwaves, including BLACK JOURNAL, and workshops to train minorities for careers in film and television. Thirteen capped off its first decade with the development and premiere of its signature series, SESAME STREET, revolutionizing children’s educational programming with the Muppets that are beloved to this day. 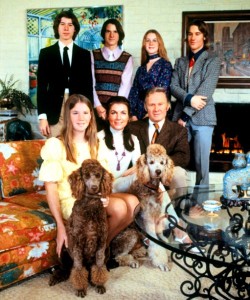 The second episode, BOLD AND FEARLESS, sees Thirteen go nationwide before the end of 1970, with an influx of funding for innovative programming. Interviews and archival clips revisit such pioneering series as the controversial satirical variety show, THE GREAT AMERICAN DREAM MACHINE, produced by HBO Documentary Films’ Sheila Nevins, and PBS’ first primetime hit before government interference led to its cancellation; candid public health programming such as VD BLUES; broadcasting the Watergate Senate hearings when the networks didn’t want to, for fear of losing advertising revenue; AN AMERICAN FAMILY (pictured), engrossing non-fiction programming in which America witnessed a marriage fall apart before their eyes, and saw the first openly gay character on television; the literacy promoting children’s series THE ELECTRIC COMPANY; the experimental arts workshop THE TV LAB; and the indepth profiles of BILL MOYERS JOURNAL. The station championed diversity before it was a buzzword, seeing the value in exposing youth to different languages and cultures, expanding the SESAME STREET cast to include Spanish speakers; creating the first national bilingual Latino show, REALIDADES; and broadcasting the “Black TONIGHT SHOW,” SOUL. Thirteen also endeavored to expose America to the arts, airing programs on modern dance, ballet, opera, and theatre through its GREAT PERFORMANCES and other strands. These and other examples of Thirteen’s bold vision – which included the funding of the first US video documentaries made in postwar Vietnam and in Cuba – demonstrate public television’s instrumental role in shaping the nation’s experience of media, culture, and information. Both currently available episodes are worth a watch for the overview they provide of Thirteen’s rich history, and should prove especially useful to media studies programs in the coming years.