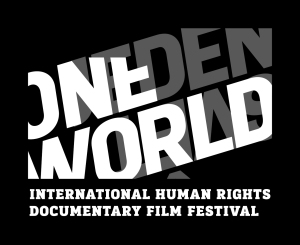 Prague’s One World International Human Rights Documentary Film Festival celebrates its 15th anniversary with ten days of screenings beginning this Monday, March 4 and running through Wednesday, March 13. Recognized as the largest human rights fest in the world, this year’s edition screens over 100 films, including 80 feature-length documentaries, and hosts special panels and discussions, as well as the Institute of Documentary Film’s East Doc Platform for non-fiction industry professionals. After the ten-day festival wraps in Prague, the organizers tour selections to forty towns throughout the Czech Republic, and hold a satellite festival in May in Brussels. While I’m not attending, the following thematic section-by-section breakdown includes titles that I’d want to check out:

The films in the festival’s juried Main Competition are up for Best Film and Best Director. Among the contenders that I haven’t seen elsewhere, I’m most curious about Lidia Duda’s ENTANGLED (pictured), detailing how a small Polish town reacts to the presence of a recovering pedophile who himself was sexually abused as a child; Daniel Abma’s BEYOND WRIEZEN, following three young Germans upon their release from prison; Kaspar Astrup Schröder’s RENT A FAMILY INC, about a Japanese entrepreneur who poses as a family member for a fee; Ritu Sarin and Tenzing Sonam’s WHEN HARI GOT MARRIED, in which an Indian man considers how his impending wedding will change his life; and Andreas M Dalsgaard’s THE HUMAN SCALE, exploring a people-based approach to cities. 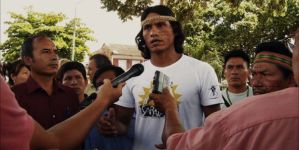 The “Right to Know” section is also juried, and focuses on documentaries exploring and building awareness of human rights abuses. Included here are Vincent Trintignant-Corneau and Christine Chansou’s EVEN A BIRD NEEDS A NEST, in which the Cambodian government mandated luxury redevelopment of a lake imperils the poor community that called its shores home; Michael Christoffersen’s LAW OF THE JUNGLE (pictured), the story of a Peruvian indigenous group facing prison for protesting an oil company’s exploitation and pollution of their land; Nima Sarvestani and Maryam Ebrahimi’s NO BURQAS BEHIND BARS, an exploration of an Afghani women’s prison; Nahed Awwad’s GAZA CALLING, on the experiences of Palestinians who have left Gaza but are unable to return due to the blockade; and Yariv Mozer’s THE INVISIBLE MEN, a portrait of the plight of gay Palestinians in the repressive Middle East.

One World’s motto this year is shared with a thematic section of the festival, “Don’t Be Scared of Eggality!” While the unusual spelling seems to be some sort of awkward play on the idea of ostriches burying their heads in the sand, the concept explored here is the rise of xenophobia vs the embrace of diversity in various societies around the world. The festival’s opening night film, Kari Anne Moe’s BRAVEHEARTS, an exploration of Norwegian politics through the lens of student elections, before and after the deadly attacks in 2011, fits in this category, as do Jaroslav Vojtek’s THE GYPSY VOTE, in which a Roma man enters a regional election in Slovakia; Tobias Lindner’s ORANIA (pictured), about a whites-only South African community struggling to maintain their way of life post-Apartheid; and Arash T Riahi’s EVERYTHING WILL NOT BE FINE, a profile of an Austrian homeless women’s shelter. 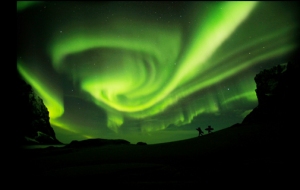 The fest’s “So-Called Civilisation” used to exclusively focus on environmental concerns, but has been expanded to include broader considerations of personal environments and the urban landscape. Intriguing here are Inge Wegge and Jørn Nyseth Ranum’s NORTH OF THE SUN (pictured), following the sufers-turned-filmmakers on their adventures above the Arctic Circle; Ethan Steinman’s GLACIAL BALANCE, an exploration of the consequences of the melting glaciers of the Andes; Florian Opitz’s SPEED – IN SEARCH OF LOST TIME, a playful and personal exploration of the pace of modern life; and Anneloek Sollart’s RAWER, charting the unexpected legal consequences a mother faces for keeping her son on a strictly raw foods diet.

Health and the healthcare system are at the core of One World’s “Side Effects” section, which features, among others, Nikolaus Geyrhalter’s DANUBE HOSPITAL, an artfully composed exploration of one of Europe’s largest medical facilities; and Brenda Davis’ SISTER (pictured), a look at the challenges faced by pregnant women in the developing world. Relatedly, the festival offers a spotlight on films from the acclaimed “Why Poverty?” series, including Daniela Gébová’s POVERTY IS NO VICE, a profile of single mothers caught in a cycle of subsistence; and Weijun Chen’s EDUCATION, EDUCATION, on the uncertain promise of China’s educational system as a way out of poverty.

The festival offers a glimpse into life in repressive societies with “Journeys to Freedom,” through docs like Lukáš Kokeš and Klára Tasovská’s FORTRESS (pictured), on the unrecognized nation of Transnistria, where Soviet nostalgia runs rampant; and Liz Mermin’s AMAZING AZERBAIJAN!, a look at the dark side of supposed democratic former Soviet republic. One World’s “The Power of Media” explores the growing impact of participatory media on society, including Barbara Miller’s FORBIDDEN VOICES, profiling three women who speak out against their governments in Cuba, China, and Iran. 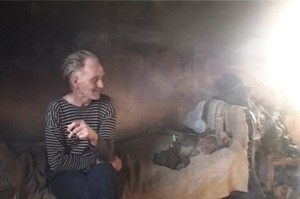 Finally, in addition to “Panorama,” a showcase of high-profile and award winning international docs, One World turns the spotlight on its home turf with “Czech Perspectives.” Among the six feature docs here, I’m most interested in Jan Gebert’s STONE GAMES, in which a reconciliatory monument to murdered Germans leads to resentment in a North Bohemian community; Zdeněk N. Bričkovský’s PHENOMENON /THE SOUL SOLACE OF YURI PETROVICH/ (pictured), a portrait of a septuagenarian hermit in the Siberian taiga; and Silvie Dymáková’s CROOKS, an exposé of the exploitation of naive Czech senior citizens by shady hucksters.

One response to “One World 2013 Overview”