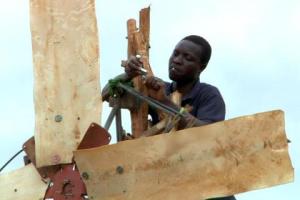 Ever since my first time there in 2009, SXSW has been one of my favorite stops on my annual festival circuit. There’s a casualness to everything in Austin that makes it feel often less like work and more like fun. Add in good barbecue and Mexican food, fun traditions like seeing films at the Alamo Drafthouse, and catching up with farflung friends, and the event serves as a great transition to Spring spent away from still-too-cold New York City. Of course, this isn’t to discount the films themselves, still the main reason to attend. Even though I missed quite a few titles I’d been hoping to see, I still saw enough of this year’s lineup to devote three posts. Today’s will look at the Competition, while upcoming ones will offer brief thoughts on the Documentary Spotlight, Visions, 24 Beats Per Second, SXGlobal, and Special Events.

WILLIAM AND THE WINDMILL
With the exception of the Audience Award winning THE SHORT GAME, I managed to see the remaining seven documentary competition titles, which this year were culled from over 900 submissions. The winner of the Grand Jury Prize was Ben Nabors’ portrait of what happens after a young Malawian man receives international attention for teaching himself how to build a working windmill out of junk parts (pictured above). William Kamkwaba’s story is somewhat well-known, the subject of a popular book, and covered in various media appearances, aided by his proud mentor, TED’s Tom Rielly. Smartly, Nabors focuses less on the backstory and more on the results of William’s unexpected fame – educational opportunities that offer hope for real advancement not only for the reserved young man, but for his family and community. It’s a hopeful, but at the same time not entirely simple story, as William faces culture shock, the downsides of celebrity, and the pressures of having to live up to the “boy genius” myth propagated by his earlier accomplishments. 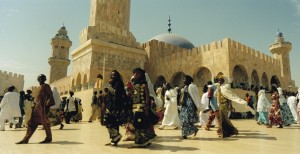 TOUBA
Nabors’ wasn’t the only doc singled out at Tuesday’s awards ceremony. The jury also bestowed two special recognitions, one going to Scott Duncan, the cinematographer of E Chai Vasarhelyi’s observational film about a massive three-day Muslim pilgrimage in Senegal. Given that, it’s almost superfluous to note just how stunningly shot the film is – beautiful 16mm, occasionally shot from high angles and employing judicious use of timelapse photography, shows off the spectacle of the Grand Magaal and the million strong Sufis who trek to the holy city to celebrate the legacy of their non-violent 19th century leader. Vasarhelyi’s film offers a unique look at Islam, both in its African context and without focusing on war or conflict.

WE ALWAYS LIE TO STRANGERS
The second special jury prize recognized the directing work of AJ Schnack and David Wilson for their years in the making ode to Branson MO, long the site of immensely popular family-oriented musical/variety entertainment – though the film never really delves into the town’s history to explain just why that is. Through multiple characters, Schnack and Wilson, notably joined by fellow producer and cinematographer Nathan Truesdell, offer an engaging portrait of a community and a way of life that’s under threat due to the economic crisis, with family-run shows suffering noticeably from audience dropoff, the result of cutbacks faced by their largely middle-class traditional clientele. Weaving together a range of figures, from the plucky mayor trying to find ways for her beloved town to bounce back, to a semi-closeted gay couple facing relationship and child custody troubles in a conservative part of the country, the film is more expansive than one might initially imagine, presenting a rounded sense of a part of the country that outsiders might too easily judge and dismiss, but who, as the title suggests, may not be privy to the full story. 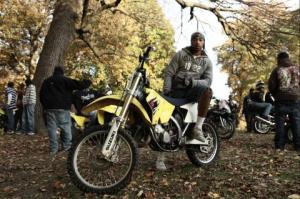 12 O’CLOCK BOYS
Another unexpectedly insider portrait, Lotfy Nathan’s exceptional film explores Baltimore’s infamous dirt-bike riders, African-American youth who take to the streets each Sunday in a show of defiance and bravado, demonstrating gravity-defying wheelies and often antagonizing authorities. Nathan’s entreé into this world is brash Pug, a younger boy aiming to join the ranks of this titular group. Following him over several years, and employing often breathtakingly stylized cinematography, Nathan presents an urban landscape of danger, excitement, and few opportunities, where the act of claiming the roadways constitutes a rebellion against inequality and injustice – though one that can easily take the riders’ or bystanders’ lives through accident or, as some here claim, harsh police tactics.

LOS WILD ONES
Also offering a look into a subculture is Elise Salomon’s likeable rockabilly music doc. Her main subject is Irishman Reb Kennedy, who runs his small indie label, Wild Ones, out of his LA home and backyard, dependent on his wife to keep the operation going. She’s not the only member of his family, however, as the various, largely Latino, musicians he works with have become his de facto children. Salomon shows the affection they show for one another, borne not only out of an at-times unorthodox business relationship, but also by being part of a relatively small, underground scene. As Kennedy contemplates making a massive change – moving from vinyl albums to potentially finally embracing digital – the film explores what it means for these working class musicians to perform as they try to balance “real jobs,” families, and the occasional rockstar experience when playing gigs to far more appreciate overseas audiences. 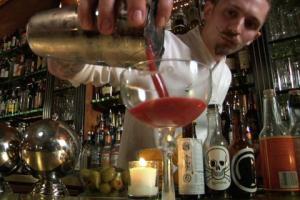 HEY BARTENDER
Speaking of rockstars, Douglas Tirola’s film makes the argument that the new ones are actually bartenders, and their instrument of choice is the craft cocktail. Through the story of two bars – Westport CT’s corner bar, Dunville’s, and NYC’s speakeasy-styled Employees Only – Tirola traces the rise, fall, and return of the popularity of the bartender, aided by a who’s who of the cocktail world. At the center of the doc are two winning characters: Dunville’s Steve Carpentieri, an ordinary guy initially resistant to changing things up in his unassuming local watering hole, and Steve Schneider, a charismatic former Marine who’s channeled past demons into a quest to become the best bartender in the world. As seemingly disparate as they are, they both keep the audience on their side, tempering the sometimes overstated coolness or assumed import of cocktail culture with real, relatable subjects.

BIG JOY: THE ADVENTURES OF JAMES BROUGHTON
Finally, Eric Slade and Stephen Silha tell the tale of the Californian experimental filmmaker, poet, playwright, and sexually liberated activist. Their film draws together the various parts of his biography, which included relationships with women – including film critic Pauline Kael and artist (and eventual wife) Suzanna Hart – and men, including his longterm younger partner, Joel Singer; early film success, claiming a prize at Cannes in 1954 only to ignore the call of a mainstream movie career; and a career teaching at the San Francisco Art Institute. The result is an at-times absorbing biography of a multi-faceted individual whose inspirational creativity and life was motivated, as indicated by the film’s title, by an expression of pleasure.