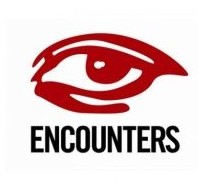 Other films in the fest’s African Docs section that look intriguing are: Mark J Kaplan and Heidi Grunebaum’s THE VILLAGE UNDER THE FOREST, uncovering the dark truth behind a supposed charitable South African supported forest in Israel; Dylan Valley’s INCARCERATED KNOWLEDGE, following an ex-con as he tries to make it on the outside; Tamarin Kaplan and Marla Altschuler’s THE WHITE PICKET FENCE PROJECT, a parallel look at a young Roma and a young Loyiso man; and Aryan Kaganof’s AN INCONSOLABLE MEMORY (pictured), the story of a South African group that promoted classical music across racial lines starting in 1933.

Encounters puts the spotlight on world cinema in its International strand. Included here are: Yoav Shamir’s 10% – WHAT MAKES A HERO, a quest to understand altruism; Stéphanie Argerich’s BLOODY DAUGHTER (pictured), a daughter’s portrait of her acclaimed pianist mother; and Katrine W Kjaer’s MERCY MERCY, a look at a complex and difficult transnational adoption from Ethiopia to Denmark.

Female filmmakers take the stage in Women Direct, which features: Tapiwa Chipfupa’s THE BAG ON MY BACK (pictured), a reckoning with the destructive changes made to Zimbabwe within the filmmaker’s lifetime; Nadia El Fani and Alina Isabel Pérez’s NO HARM DONE, a personal meditation on Tunisia and on the filmmaker’s cancer; and Shannon Wlsh and Arya Lalloo’s JEPPE ON A FRIDAY, the record of one inner city neighborhood through its residents on one street in one day.

Wrapping up the fest’s sections are a series coordinated with Al Jazeera, THE NEW AFRICAN PHOTOGRAPHY, an omnibus that portrays three African photographers and their work; and a selection from the Why Poverty? series, including Ben Lewis’ POOR US: AN ANIMATED HISTORY (pictured).