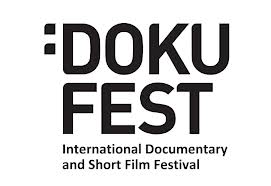 The 12th edition of Kosovo’s Dokufest kicks off this Saturday, August 17, and continues through Sunday, August 25. Held in the historic city of Prizren, the event is well-regarded within the international documentary community, notable not only for its programming but also for its larger mission to foster film culture in the once war-torn region that for more than a decade counted no cinemas within the city. The festival’s lineup of more than 75 documentary features largely consists of selections of some of the best international nonfiction featured in other fests over the past year, included in multiple competitions, including human rights and environmental categories, as well as several out of competition thematic sections.

Because I’ve covered the majority of these films out of other festivals, my focus of interest here rests primarily on Dokufest’s Balkan Dox competition, showcasing more than a dozen films from the region. Among the intriguing, and less familiar, titles here are: Kaltrina Krasniqi’s SEX (pictured), an investigation into the religious controversy set off by a recent Kosovan magazine’s sex-focused edition; Jurij Meden’s KARL MARX AMONG US, described as “agitprop in eight chapters;” Petra Seliškar’s MAMA EUROPA, a personal look at life along various European borders; and Can Candan’s MY CHILD, which profiles the parents of LGBT people in conservative Turkey.