In Theatres: LOS ANGELES PLAYS ITSELF 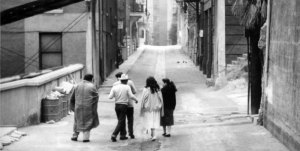 Andersen premiered his essay about the cinematic representation of Los Angeles at Toronto in 2003. It went on to have an extensive festival run, including slots at Sundance, Rotterdam, Marseille, Karlovy Vary, and CPH:DOX, among others. On the occasion of its 10th anniversary, it is being presented in a new, remastered and re-edited version.