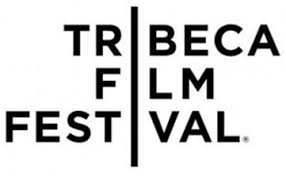 The Tribeca Film Festival opens its 13th edition tomorrow, Wednesday, April 16, and runs through Sunday, April 27. Nonfiction programming remains a highlight for the event, with 45 docs once again making their Gotham bow across the range of the festival’s programming strands, including the Galas, such as opening night film, One9’s TIME IS ILLMATIC, on the impact of Nas’ 1994 debut album. The following section overview notes a selection of new docs making their premiere during the festival: 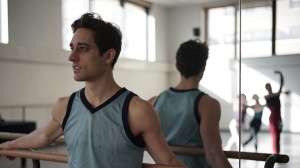 The dozen titles in the World Documentary Feature Competition are all worth nonfiction lovers’ attention. Among these are: Marshall Curry’s POINT AND SHOOT, about an American who becomes a rebel soldier in Libya; Jody Lee Lipes’ BALLET 422 (pictured), an engrossing cinema verité look at the development of a new ballet by a promising young choreographer; Frédéric Tcheng’s DIOR AND I, detailing the creation of the first collection of the fashion house’s new Artistic Director; Andrew Renzi’s FISHTAIL, a meditation on the lives of Montana cowboys; Ed Perkins’ GARNET’S GOLD, following a man’s quest for 300 year old treasure; Jimmy Goldblum and Adam Weber’s TOMORROW WE DISAPPEAR, about an Indian artist colony slated for destruction in the name of development; and Orlando von Einsiedel’s VIRUNGA, detailing the struggle to save Africa’s oldest national park.

Several docs appear in the fest’s Special Screenings section, including works-in-progress screenings from Alex Gibney – UNTITLED JAMES BROWN DOCUMENTARY – and Louie Psihoyos – 6 (pictured). Other nonfiction entries include: Kevin Gordon’s TRUE SON, on a 22-year-old’s city council campaign in a crumbling city; Jeff Reichert and Farihah Zaman’s THIS TIME NEXT YEAR, following the post-Sandy reconstruction efforts of a NJ coastal community; and David Sampliner’s MY OWN MAN, a personal exploration of masculinity and fatherhood.

The Spotlight sidebar includes nine docs out of its 31 selections, including a look at my hometown in David Heilbroner and Kate Davis’ THE NEWBURGH STING (pictured), exposing the questionable tactics used by the FBI in their anti-terrorism efforts; James Spione’s SILENCED, focusing on the federal war on whistleblowers; Keith Patterson and Phillip Schopper’s ALL ABOUT ANN: GOVERNOR RICHARDS OF THE LONE STAR STATE, about the feisty Texan politician; and Daniel Junge and Kief Davidson’s BEYOND THE BRICK: A LEGO BRICKUMENTARY, on the adult appeal of the classic building block toy. 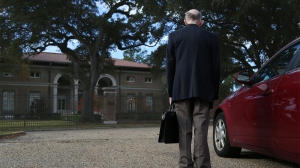 The edgier Viewpoints section includes: Sam Cullman, Jennifer Grausman, and Mark Becker’s ART AND CRAFT (pictured), the story of a unique art forger; Justin Weinstein and Tyler Measom’s AN HONEST LIAR, an exploration of the life and mission of magician/skeptic “The Amazing Randi;” and Tonislav Hristov’s LOVE & ENGINEERING, in which an engineer tries to teach his inexperienced peers the scientific basis for finding a mate.