The 11th edition of Croatia’s premier nonfiction event, ZagrebDox, begins this Sunday, February 22, and continues through Sunday, March 1. The festival annually showcases nearly one hundred new and retrospective feature documentaries, in addition to shorts, masterclasses, panels, and a pitching forum. Its programming lineup includes a healthy mix of international work that has already debuted on the festival circuit, and has been covered here previously, as well new regional work, which makes up the bulk of the following overview: 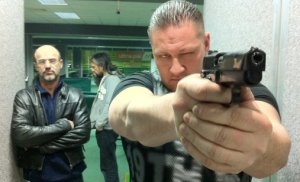 Of the fest’s two competitions, Regional and International, there are more new titles that catch my eye in the former, including: Goran Stanković’s meditation on the lives of Serbian miners, IN THE DARK; Damir Ibrahimović and Eldar Emrić’s hybrid psychological profile of a Russian mafioso, RUSSIAN (pictured); Hrvoje Mabić’s look at a lesbian couple’s attempts to deal with past trauma, SICK; and Eva Kraljević’s portrait of her sister with Down’s syndrome, I LIKE THAT SUPER MOST THE BEST. 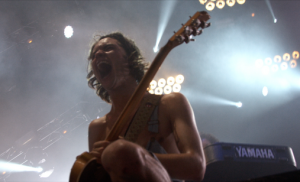 ZagrebDox’s Special Programme this year consists of two focus areas, the Middle East, which features such work as Firouzeh Khosrovani’s FEST OF DUTY
(pictured), a look at a traditional Muslim ceremony for girls, and Søren Steen Jespersen and Nasib Farah’s WARRIORS FROM THE NORTH, on the radicalization of young Somali men; and Thriller Dox, which includes Andreas Koefoed’s THE ARMS DROP, about a 1995 weapons deal that went wrong, and Pekka Lehto’s EMERGENCY CALL – A MURDER MYSTERY, on an unsolved 2006 crime in small Finnish town.