On DVD: FROM NOTHING, SOMETHING 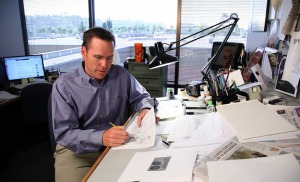 Coming to DVD today, Tuesday, April 21: FROM NOTHING, SOMETHING

Cawley’s film takes a wide-ranging look at the creative process, attempting to understand different approaches, across a variety of disciplines, to tackle the titular problem of making something out nothing. His sixteen subjects – among them a chef, composer, fashion designer, choreographer, comedian, video game designer, scientist, musician, cartoonist, and architect – speak with refreshing candor about the pressures they face and how they overcome them to bring their ideas into reality. The result is an intriguing meditation not only on creativity, but on problem solving, and one that should offer ample inspiration to viewers no matter their specific domain of interest.