In Theatres & On VOD: WINTER ON FIRE: UKRAINE’S FIGHT FOR FREEDOM 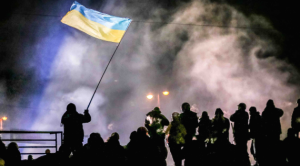 Evgeny Afineevsky’s record of the Ukrainian revolution premiered at Venice. Screenings have followed at Telluride and Toronto. The film has also just been announced as one of DOC NYC’s Short List titles screening next month.