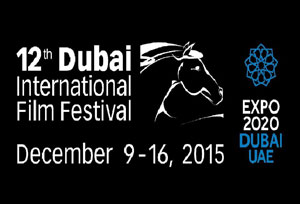 Today, Wednesday, December 9 sees the opening of the 12th edition of the Dubai International Film Festival, the longest-running Gulf State cinema event. Continuing through next Wednesday, December 16, the festival will screen more than 130 films from 60 countries, among these 17 feature documentaries. A selection of the these are spotlighted below: 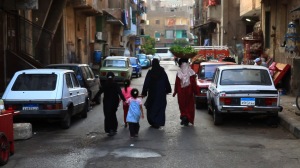 Nonfiction appearing in contention for award recognition include Nasser Aldhaheri’s A TALE OF WATER, PALM TREES AND FAMILY, a tribute to the UAE’s history and development, appearing in the Muhr Emirati competition; and several other titles selected for the Muhr Feature competition, such as: Hakim Belabbes’ WEIGHT OF THE SHADOW, about elderly Moroccan parents’ search for information about their long ago kidnapped son; Abdallah Badis’ THE FOREIGN SON, which follows the return of an Algerian man to his estranged family; Mohamed Ouzine’s SAMIR IN THE DUST, a portrait of the visitors to the resting place of a religious leader; Mahmood Soliman’s WE HAVE NEVER BEEN KIDS (pictured), about an Egyptian mother contending with divorce; Noura Kevorkian’s 23 KILOMETERS, a hybrid project in which a man with Parkinson’s disease revisits Lebanon; and Afraa Batous’ SKIN, which follows the director and others through the Syrian crisis. 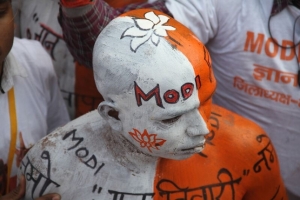 Among the documentaries screening out of competition are many that have already appeared at other international festivals. Some of these in the Arabian Nights section include Ovidio Salazar, Mazen Al Khayrat, and Nahla Al Fahad’s THE TAINTED VEIL, an exploration of the hijab in Middle Eastern culture; and Sean McAllister’s A SYRIAN LOVE STORY, about a Syrian couple who met in prison and struggle through the chaos in their country. Finally, screening in the Cinema of the World section is Kamal Swaroop’s THE BATTLE FOR BANARAS (pictured), which charts a contentious 2014 local election in the titular north Indian city.