This year’s edition marks the 40th anniversary of the Cleveland International Film Festival. Between this Wednesday, March 30 and Sunday, April 10, the event will showcase nearly 200 feature films, including approximately 70 documentaries, a mix of highlights from other notable festivals and several brand new works, many vying for recognition in the fest’s several competitions, noted below: 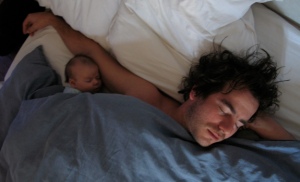 For the past dozen years, Cleveland has recognized notable nonfiction via its Nesnadny + Schwartz Documentary Competition. Among the fifteen features included here are Todd Wider and Jedd Wider’s GOD KNOWS WHERE I AM, which retraces the unusual story of a woman’s final months; Frédéric Guillaume’s CLEAR YEARS (pictured), a video diary of the director’s relationship with his girlfriend and their daughter; and Arnaud Paris’ THE ART OF BURNING (3D), which focuses on Burning Man’s role in incubating artistic talent. 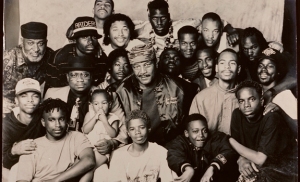 Nearly two dozen social justice-focused docs are the focus of the Greg Gund Memorial Standing Up Competition. Appearing here are titles like Aurora Ferlin’s JIM BROWN’S AMER-I-CAN DREAM (pictured), a portrait of the athlete turned actor turned anti-gang activist; Josie Swantek Heitz and Dave Adams’ THE WRONG LIGHT, an unexpected exposé of a dubious nonprofit; John Richie’s 91%, an exploration of American gun reform; Erez Laufer’s RABIN IN HIS OWN WORDS, intimate recounting of the life of the assassinated Israeli prime minister; and Pablo Iraburu and Migueltxo Molina’s WALLS, a consideration of the impact of borders around the world. 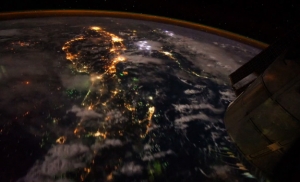 The festival continues to draw attention to films exploring physical, psychological, and environmental health via its sixteen-title Global Health Competition. Included here are Steve Bradshaw’s ANTHROPOCENE (pictured), an exploration of the idea that we live in a new, human-driven geological epoch; Doug Blush and Lisa Klein’s BEYOND LAUGHTER & TEARS: A JOURNEY OF HOPE, which sheds light on a largely unknown neurological condition; and Adam Pfleghaar’s IN SEARCH OF BALANCE, an investigation into reconnecting with healthy living. 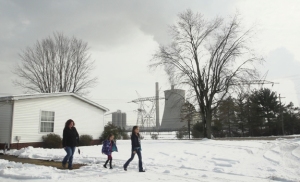 The Ohio-focused Local Heroes Competition includes both fiction and nonfiction titles. Among the five latter are Matthew Hashiguchi’s GOOD LUCK SOUP, a multigenerational chronicle of a Japanese American family; Eve Morgenstern’s CHESHIRE, OHIO (pictured), a portrait of the last residents of a veritable ghost town bought out by a power company; and Laura Paglin’s UNSEEN, which looks at the gruesome story of a local serial killer. 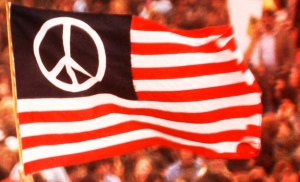 Finally, the Music Movies Competition spotlights both narratives and documentaries on music and musicians, including the docs WHAT WOULD BEETHOVEN DO?, Jonathan Keijser’s look at those who seek to bring new audiences to classical music; and WHAT IS CLASSIC ROCK? (pictured), Daniel Sarkissian’s attempt to make sense of the amorphous music category.