The Film Society of Lincoln Center’s nonfiction and hybrid showcase, Art of the Real returns for the third year starting tomorrow, Friday, April 8 and runs through Thursday, April 21. In addition to presenting twenty new features, this year’s series offers two programs of short films as well as a five-program retrospective of the work of experimental filmmaker Bruce Baillie. Two films open Art of the Real – the world premiere of Ben Rivers’ WHAT MEANS SOMETHING (pictured), a quiet portrait of artist Rose Wylie; and Roberto Minervini’s THE OTHER SIDE, a look at outsiders’ lives in the Louisiana bayou – while Jumana Manna’s ethnomusicological portrait of Palestine, A MAGICAL SUBSTANCE FLOWS INTO ME, brings the series to a close. 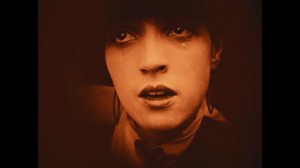 Additional programming includes the US premiere of José Luis Guerín’s ACADEMY OF THE MUSES, a romantic comedy crossed with a philosophical meditation on love and art, partly based on reality; Federico Lodoli and Carlo Gabriele Tribbioli’s FRAGMENT 53, an exploration of extremism through the confessions of perpetrators in Liberia’s civil war; Andrea Bussmann and Nicolás Pereda’s TALES OF TWO WHO DREAMT, in which a real Roma family seeking asylum in Canada inspires self-mythologizing stories; and Thom Andersen’s THE THOUGHTS THAT ONCE WE HAD (pictured), a Deleuzian jaunt through film history.