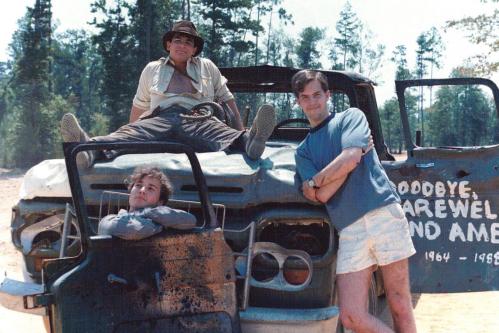 I previously wrote about the film for DOC NYC’s program, saying:
When three Mississippi preteens set out to pay tribute to their favorite film in 1982, little did they know it would become an obsession that lasted three decades. Committed to making their own version of RAIDERS OF THE LOST ARK, they spent seven eventful summers recreating the epic adventure, shot for shot – with the exception of one scene beyond their scope. When footage of their project surfaces decades later, becoming a sensation, it reignites their drive to finally finish their low-budget masterpiece, no matter what.