On DVD: TOMORROW WE DISAPPEAR 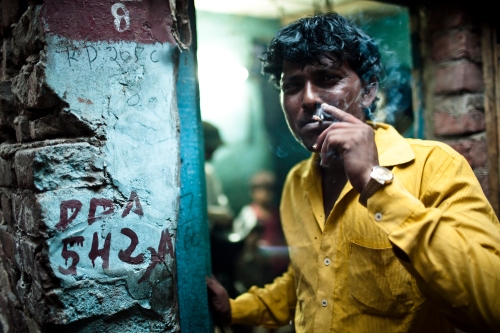 For hundreds of years, New Delhi’s Kathputli was home to an eclectic assortment of artists and performers – traditional puppeteers, magicians, acrobats, and jugglers who would ply their craft on the streets of the city. As Goldblum and Weber begin their tale, the artist colony has been sold by the government for real estate development, with plans to install a luxury skyscraper and mall after the dwellings are razed, displacing the nearly 3000 residents. The film follows the different reactions to Kathputli’s impending demise, focused on three of its artists: acclaimed puppeteer Puran Bhatt, who tries to organize resistance to the government’s planned relocation; street magician Rahman Shah, who tires of police harassment and considers leaving the city altogether; and young acrobat Maya Pawar, who welcomes the change, hoping for a better life. Rather than constructing the expected David vs Goliath social activism film, the directors instead opt for a quieter, more poignant study of how the colony responds to change.