The 25th annual New York Jewish Film Festival opens tonight, Wednesday, January 11, and runs through Tuesday, January 24. The event, co-presented by Film Society of Lincoln Center and The Jewish Museum, has a smaller lineup than in the past, presenting just over 20 new and retrospective features, including 11 new works of nonfiction. 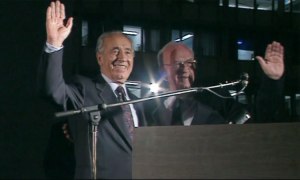 Among these offerings are the world premieres of SHALOM RABIN (pictured), Amos Gitai’s essay film of the months prior to the controversial Israeli leader’s assassination; and ANGEL WAGENSTEIN: ART IS A WEAPON, Andrea Simon’s portrait of the Cannes award-winning Bulgarian Jewish director and author. 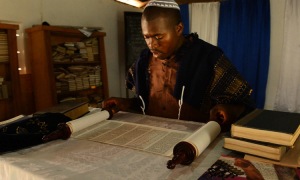 US premieres include Gabrielle Zilkha’s DOING JEWISH: A STORY FROM GHANA (pictured), which follows the filmmaker as she connects with African Jews; and Giovanni Troilo’s WILLIAM KENTRIDGE: TRIUMPHS AND LAMENTS, a behind-the-scenes look at the Jewish South African artist as he undertakes a massive project in Rome. 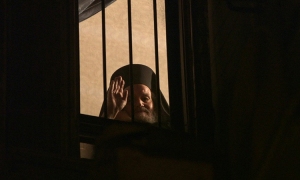 Finally, New York City premieres appearing at the fest are Danae Elon’s THE PATRIARCH’S ROOM (pictured), about Jerusalem’s Greek Orthodox Church leader, living under house arrest; and Oren Rosenfeld’s HUMMUS! THE MOVIE, which profiles three diverse Israelis and the food that connects them.