In Theatres: TONY CONRAD: COMPLETELY IN THE PRESENT 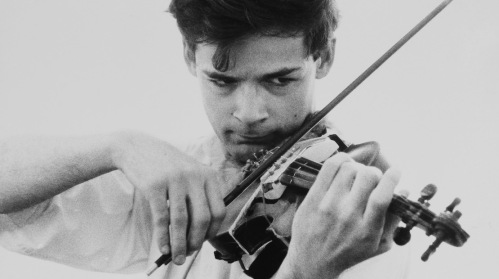 Coming to theatres this Friday, March 31:
TONY CONRAD: COMPLETELY IN THE PRESENT

About:
A portrait of the late, pioneering artist.

I previously wrote about the film for DOC NYC’s program, saying:
Filmed over the past two decades, acclaimed editor Tyler Hubby’s feature directorial debut captures the freewheeling creativity of the groundbreaking avant-garde multimedia artist Tony Conrad, whose work in experimental film and video, music, and sound art – and even public television – spans more than 50 years. From flicker films and drone music to collaborations with Jack Smith and Lou Reed, Conrad playfully and joyously pushed the limits of art in its various forms, inspiring the likes of the Velvet Underground, Moby, and the Yes Men.