On VOD: THE KEEPERS 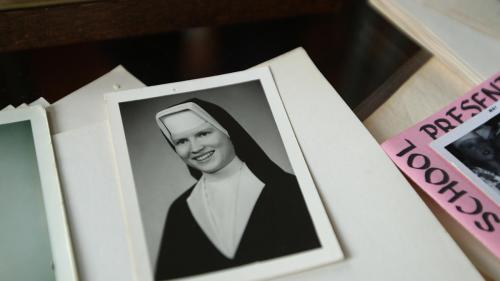 Coming to Netflix today, Friday, May 19:
THE KEEPERS

About:
An engrossing docuseries re-examining the unsolved murder of a nun in 1969 uncovers a larger, disturbing story of clergy abuse.

Who killed Sister Cathy? This question is at the heart of White’s seven-part series, but it only scratches the surface of a much bigger story, one with profound consequences that reverberate over close to half a century. This true crime hook concerns the fate of Sister Cathy Cesnik, a nun and schoolteacher in Baltimore who vanished in November 1969, and whose body was discovered dumped in a field two months later. In the first episode. White introduces two unlikely investigators, who have renewed interest in the cold case over the past several years: Gemma and Abbie, former students of the beloved nun. Armed with little more than Facebook and their personal connection to Cesnik, these amateur sleuths have dug up a surprising amount of information. But just as the viewer settles into the assumption that Gemma and Abbie will be the central figures in the investigation, White upends expectations by introducing a new player in the final moments of the initial episode: “Jane Doe,” another of Sister Cathy’s former students, and one who came forward in the 1990s to reveal a harrowing tale of abuse suffered at the school in which Cesnik taught. From here, White expands the scope of his investigation to tell Jane Doe’s story – revealing her identity as Jean Hargadon Wehner – and, in the process, confronts an even more disturbing tale of extensive, ongoing victimization and high-level cover-ups that indicts the Catholic Church. Taking full advantage of the project’s serialized structure, White offers viewers intriguing cliffhangers and unexpected developments that encourage obsessive viewing and spark debate.