About:
This Swiss event, a favorite of cinephiles and critics, and one of the world’s oldest film festivals, this year offers 100 features, among which are just over 40 documentaries or hybrids. 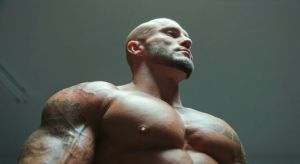 Nonfiction does not figure strongly in the festival’s two competitions, claiming only seven of 34 slots. Within the Concorso internazionale are new titles from Denis Côté (A SKIN SO SOFT (pictured), about bodybuilders), Wang Bing (MRS FANG, a profile of a woman with Alzheimer’s), and Ben Russell (GOOD LUCK, which looks at miners in Serbia and Suriname). Among the offerings of the Concorso Cineasti del presente are Riccardo Palladino’s THE MOUNT OF ANTS, a meditation on insects centered around a traditional Italian feast; and Narimane Mari’s LE FORT DES FOUS, an archivally driven consideration of utopian societies of resistance. 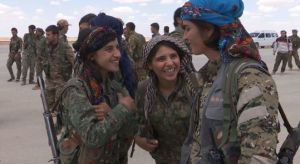 Documentary fares much better in the Fuori concorso (out of competition), making up the bulk of this section. Included here are: Yvann Yagchi’s ACTA NON VERBA, the filmmaker’s investigation into his father’s suicide; Aurélie Mertenat’s PIETRA TENERA, about the Thai adoptee to an Italian artisan; Sabine Gisiger’s WELCOME TO SWITZERLAND, focused on a Swiss village’s refusal to take in refugees; Villi Hermann’s CHOOSING AT TWENTY, which revisits French citizens who fled to Switzerland rather than fight in the Algerian War; Andrea Segre’s IBI, the story of a Beninese mother who sought a better fortune for her family in Italy; Sabiha Sumar’s A JOURNEY THROUGH THE SUBCONTINENT, which follows a Pakistani and an Indian woman through both countries; and Stéphane Breton’s FIRE’S DAUGHTERS (pictured), about female Kurdish freedom fighters. 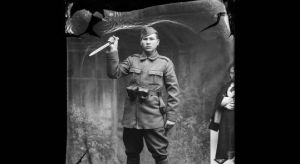 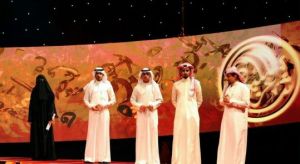 Finally, among the doc offerings in Semaine de la critique are: Stefanie Brockhaus and Andreas Wolff’s THE POETESS (pictured), about a female Saudi Arabian activist whose writing is critical of radical Islam; Rubén Mendoza’s MISS MARIA, SKIRTING THE MOUNTAIN, a profile of a trans woman in a conservative Colombian village; María Alvarez’s LAS CINÉPHILAS, about retired women who escape to the cinema daily; and Lee Yong Chao’s BLOOD AMBER, on amber miners in a contested forest in Myanmar.