2018 Sundance Docs in Focus: THE CLEANERS 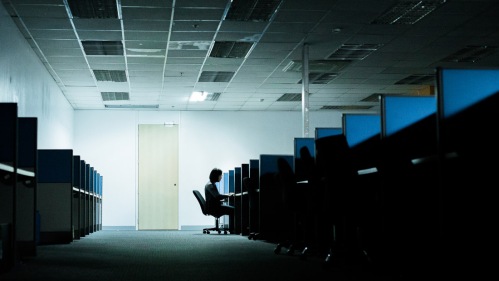 THE CLEANERS
Moritz Riesewieck and Hans Block give voice to the hidden figures who police social media.

Dive into a secret third world shadow industry of online content moderation. Here we meet five “digital scavengers,” a handful of thousands of people outsourced from Silicon Valley whose job is to delete “inappropriate” content off of the internet. In a parallel struggle, we meet people around the globe whose lives are dramatically affected by online censorship. A typical “cleaner” must observe and rate thousands of intense images every day, from war zone photography to pornography, leading to lasting psychological impacts. Yet underneath their work lies profound questions around what makes an image art or propaganda and what defines journalism.

THE CLEANERS reveals the bitter reality that social media is as much a tool for expression as it is a platform for radicalized social and political opinions, the impacts of which are still unknown. Debut directors Hans Block and Moritz Riesewieck unpack an urgent conversation surrounding Silicon Valley’s control over our perception of free speech that we must all grapple with as it threatens to unravel the fabric of our society: both online and IRL.

Riesewieck and Block work collaboratively with other artists as Laokoon, named after the only person who recognized the danger of the Trojan horse, presenting theatre and crossmedia projects that reveal the unbelievable behind the reality. This is their documentary feature debut.

The Gebrueder Beetz Filmproduktion’s CEO also co-produced the Oscar-nominated short OPEN HEART among many other productions that have screened at notable festivals such as Toronto and IDFA.

This is the first Sundance project for the Gebrueder Beetz creative producer.

This also marks the first Sundance credit for the brothers and co-founders of Brazilian production company Grifa Films.

Beetz, the brother of Christian, is co-founder and CEO of Gebrueder Beetz.

This is also the first Sundance credit for the founder of Italian distributor I Wonder Pictures and of the Biografilm Festival.

The pair also are executive producers of 2018 US Documentary Competition title INVENTING TOMORROW.

Tabatznik is the owner of Toronto’s documentary-focused Bloor-Hot Docs Theatre. Together with Silver, he founded the Blue Ice Group. Smith is the founder of KinoSmith. The three co-founded distribution and funding company Blue Ice Docs, through which they recently co-executive produced the Oscar shortlisted ABACUS: SMALL ENOUGH TO JAIL.

Why You Should Watch:
In their thought-provoking investigfation, Riesewieck and Block invite the viewer to step into the shoes of those responsible for filtering out extreme and inappropriate content, to consider what those terms mean, and to wonder what conscious or unconscious biases affect their choices – and how they, in turn, process all that to which they are exposed so that users don’t have to be.