In Theatres: IN THE LAND OF POMEGRANATES 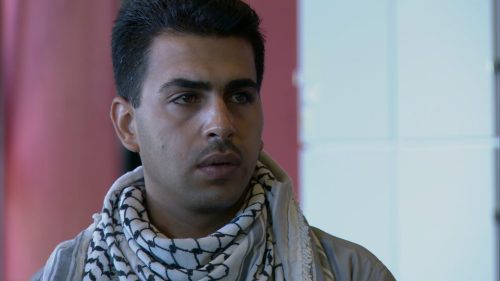 Coming to theatres tomorrow, Friday, January 5:
IN THE LAND OF POMEGRANATES

About:
An exploration of the Israeli-Palestinian conflict.

Beller attempts to tackle the massive, and seemingly perpetual, issue of peaceful coexistence between Israelis and Palestinians in this thoughtful but flawed project. While ostensibly about Vacation From War, an effort to bring together the younger generation of both sides in dialogue with a hope toward perhaps reaching some kind of mutual understanding, Beller makes the strange choice to bypass the potential stories these participants might have been able to share and instead profiles several unconnected individuals, from a traumatized Israeli survivor of a suicide bombing to a young Palestinian boy who receives life-saving heart surgery from an Israeli doctor. This broadening results in the project becoming a loose survey, taking on far too much and greatly lessening whatever potential transformative impact might have come from the Vacation From War discussions.