2018 Sundance Docs in Focus: THIS IS HOME 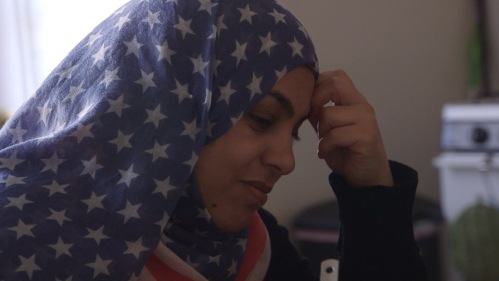 THIS IS HOME
Alexandra Shiva reveals the experiences of newly arrived Syrian refugees in Baltimore.

Only 21,000 Syrian refugees out of five million have been accepted into the United States since 2011. THIS IS HOME follows four families sent to resettle in Baltimore in 2016. They have just eight months to find jobs, learn English, and become self-sufficient. The clock starts right when they land. Despite good intentions, a vast cultural divide prevents the new arrivals and the Americans trying to help them from truly understanding each other. For Syrians like Khaldoun, who was tortured and left physically disabled, and children like Mohammad, who suffers from PTSD, their needs extend far beyond lessons in proper job attire.

Halfway through the process, President Trump issues a travel ban on all refugees from Muslim-majority countries, and suddenly their lives, and the safety of loved ones still trapped in Syria, become all the more perilous. With much-needed empathy, filmmaker Alexandra Shiva reveals the inherent decency of a displaced community desperate for help within a country increasingly hostile to principles of inclusion and opportunity.

This marks Megrue’s first Sundance credit. She has a background producing series and documentaries, including several episodes for PBS’s American Experience. Megrue was a 2017 Documentary Producers Fellow with Impact Partners.

Pollard previously produced Sundance fiction feature BASS ACKWARDS (2010), but this is his first documentary project at the festival.

This is the first Sundance credit for the EPIX director of original programming.

This is the first producing credit for Brimelow, who works for Shiva’s Gidalya Pictures.

Wavelength Productions’ Westphal is also an executive producer for Doc Premieres title WON’T YOU BE MY NEIGHBOR? and US Doc Competition title INVENTING TOMORROW and an associate producer for Next narrative feature NIGHT COMES ON.

This marks the first Sundance project for Yake, whose background is in community engagement and events logistics.

This is the first producing credit for the philanthropist, humanitarian, and UNESCO Goodwill Ambassador.


HOW TO DANCE IN OHIO
THE JINX: THE LIFE AND DEATHS OF ROBERT DURST (2015)

The Oscar-nominated and Emmy-winning founder and CEO of Blumhouse Productions has also produced several Sundance alumni fiction features, including GET OUT (2017), SLEIGHT (2016), and US Dramatic Grand Jury prize and audience award winner WHIPLASH (2014).

Philanthropist Quillin is also an executive producer of 2018 US Doc Competition titles THE DEVIL WE KNOW and INVENTING TOMORROW, and Next narrative NIGHT COMES ON. She has been a past Creative Advisor to Sundance’s Catalyst Forum and also supported the 2017 Sundance VR project THE SKY IS A GAP. Quillin is the wife of Netflix CEO Reed Hastings.

This is the first Sundance credit for Diaz, who until recently was the head of original programming at EPIX. Before EPIX, Diaz developed features at Walt Disney Studios and drama series at HBO and ABC.

This is also the first Sundance credit for Burkhart, senior director of original programming at EPIX, and the co-founder and former artistic and executive director of the Nantucket Film Festival.

This is also the first Sundance project for both co-presidents of Blumhouse Television, previously from AMC and Endemol Shine, respectively.

The husband and wife actors and philanthropists are co-founders of the Lagralane Group, a financing and development company also involved with 2017 Sundance alums STEP, TROPHY, and DINA. They also serve as associate producers on 2018 Sundance narrative feature NIGHT COMES ON.


HOW TO DANCE IN OHIO
BUCK (assistant editor)


Why You Should Watch:
With sensitivity and compassion, Shiva charts the new reality for her intrepid subjects as they try to find their footing in America. The film offers a corrective to fear-mongering and xenophobia while never candy coating the complexity and challenges facing the new transplants.