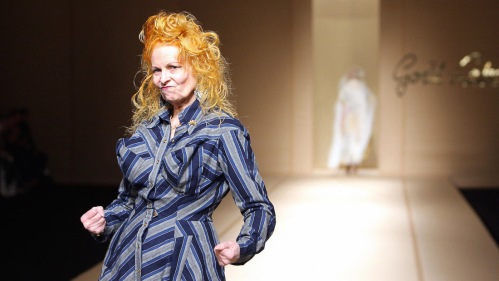 Punk. Icon. Activist. The undisputed Queen of Fashion Dame Vivienne Westwood is known for her subversive and original take on British fashion. Told in her own words, Westwood is a sharp-witted look into Vivienne’s creative process and her life’s journey from 1970s punk protests to fierce independent global figure. Westwood sits alongside Gucci, Dior, and McQueen – but only Vivienne still owns and runs her empire. Today she fights to maintain her brand’s integrity and legacy as it expands to open flagship stores in fashion capitals Paris and New York in the face of global consumerism.

Richly textured with spunk and charm, Lorna Tucker crafts a candid portrait including interviews from Westwood’s inner circle of family and collaborators. At age 76, Westwood is still a controversial figure; in addition to confronting the establishment in fashion, she is fighting to save the environment with no signs of stopping.

This is Tucker’s feature directorial debut and first project at Sundance. She has a background creating video content for musicians, brands, and designers, including Vivienne Westwood.

Stott is head of documentary at Passion Pictures.

Godas is a founder and CEO of London-based sales company and distributor Dogwoof. She is also an executive producer of 2018 US Documentary Competition title KUSAMA – INFINITY.

This is the entertainment attorney’s second feature doc producing credit and first at Sundance.

Why You Should Watch:
Capturing the iconoclast’s bold personality and punk aesthetic, Tucker balances rich archival material with intimate present-day interviews to create the definitive portrait of the fashion designer and businesswoman.