About:
The popular NYC event includes just over 50 new nonfiction features and series, nearly half of the lineup, including its bookends: Lisa D’Apolito’s intimate biography of Gilda Radner, LOVE, GILDA, opens the festival; while Liz Garbus’ docuseries, THE FOURTH ESTATE, an inside look at The New York Times‘ coverage of the Trump administration, is the fest’s closing night screening. I’ll be serving on the jury for the 2018 Albert Maysles Award (Best New Documentary Director Award), and am looking forward to watching all the films in my category over the next week. 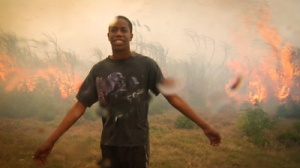 Among the dozen titles in the Documentary Competition are: Laura Brownson’s THE RACHEL DIVIDE, a portrait of the controversial Rachel Dolezal, a white woman who passed as a black leader of the NAACP; Tom Dumican’s NO GREATER LAW, which charts the collision of secular law with the religious freedoms of an extreme Christian sect that refuses medical treatment; PJ Raval’s CALL HER GANDA, about the murder of a transgender Filipina by a US Marine; Stephanie Wang-Breal’s BLOWIN’ UP, which focuses on a unique courtroom that assists sex workers and trafficked women; Daniel Patrick Carbone’s PHANTOM COWBOYS, a longitudinal portrait of three young men; and Gabrielle Brady’s ISLAND OF THE HUNGRY GHOSTS, which focuses on a trauma therapist working with asylum-seeking detainees. 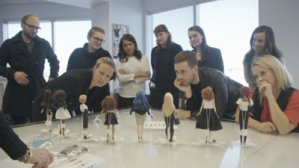 The Spotlight Documentary section includes films like: Nancy Schwartzman’s ROLL RED ROLL, an indepth exploration of the Steubenville sexual assault case; Michael Epstein’s HOUSE TWO, on a notorious crime committed by US Marines in Iraq; Kirby Dick’s THE BLEEDING EDGE, an exposé of the harmful impact of the unregulated medical device industry; Norah Shapiro’s TIME FOR ILHAN, which follows a Muslim Somali immigrant woman’s bid for public office; Matt Maude and Sarah Kerruish’s GENERAL MAGIC, a look back at an ahead-of-its-time tech company; Andrea Nevins’ TINY SHOULDERS: RETHINKING BARBIE, an exploration of the popular doll’s intersection with American feminism; and Kate Davis and David Heilbroner’s SAY HER NAME: THE LIFE AND DEATH OF SANDRA BLAND, about the Black Lives Matter activist who died in jail following an unjust arrest. 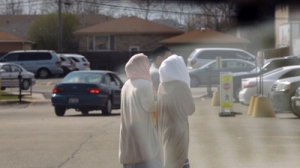 THE FEELING OF BEING WATCHED

Half of the Viewpoints selections are nonfiction, including: Assia Boundaoui’s THE FEELING OF BEING WATCHED, in which the filmmaker investigates the FBI surveillance of her Arab-American community; Marilyn Ness’ CHARM CITY, a multifaceted exploration of the crisis of violence in Baltimore; Theo Love’s WHITE TIDE: THE LEGEND OF CULEBRA, which follows a man’s search for a long-rumored treasure in lost cocaine; and Louis Myles’ KAISER: THE GREATEST FOOTBALLER NEVER TO PLAY FOOTBALL, about a Brazilian soccer legend who fabricated his background. 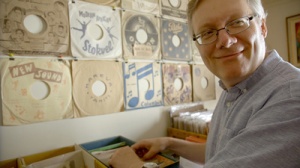 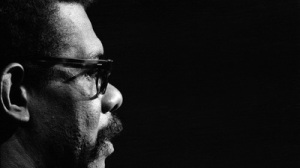