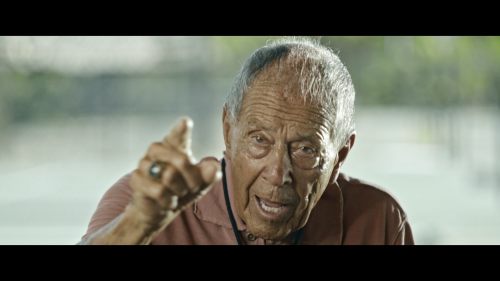 About:
A portrait of an infamous and influential tennis coach who has trained champions, at a personal price.

The film screened as part of DOC NYC, for which our program notes read:
Nick Bollettieri ran America’s most famous tennis academy, producing multiple champions including several who would become fierce rivals: Jim Courier, Andre Agassi, Boris Becker, and more. Was Bollettieri a genius or a tyrant, a father figure or a huckster? There are no simple answers. He’s been interviewed countless times and is always quick on his feet, ready for anything coming at him. But he meets his match in documentary maker Jason Kohn (Sundance Film Festival Grand Jury prize, MANDA BALA (SEND A BULLET)).