About:
The longest-running LGBT festival in the world offers over 70 features, nearly half of them nonfiction. 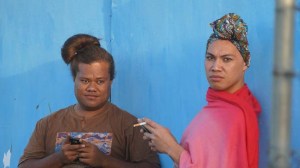 The SF event is bookended by docs, opening with Fiona Dawson and Gabriel Silverman’s SXSW audience award winner TRANSMILITARY, which follows the efforts of four members of the US military to end its discriminatory transgender ban; and closing with Matt Tyrnauer’s Sundance-debuting STUDIO 54, amn intimate revisitation of the legendary NYC disco. The fest’s nonfiction Centerpiece is Jamal Sims’ look at the African American gay dance subculture of bucking,WHEN THE BEAT DROPS, while docs in the Showcase section include Dean Hamer, Joe Wilson, and Hinaleimoana Wong-Kalu’s LEITIS IN WAITING, an exploration of the impact of Western prejudices on Tonga’s community of transgender women, known as leitis.

LIFE IN THE DOGHOUSE

Other nonfiction offerings include the world premieres of Caroline Berler’s DYKES, CAMERA, ACTION!, on the history of queer women’s film; and Kelli Jean Drinkwater’s NOTHING TO LOSE, about a group of Aussie dancers celebrating their bigger bodies; as well as regional or local debuts of Ron Davis’ LIFE IN THE DOGHOUSE, a portrait of gay couple who run a dog rescue; Malcolm Ingram’s SOUTHERN PRIDE, on the impact of Trump’s election on two Southern gay bars; Hikaru Toda’s OF LOVE & LAW, a portrait of a gay Japanese couple whose legal practice caters to LGBT clients; and T Cooper’s MAN MADE, which profiles participants in an all-trans bodybuilding competition.