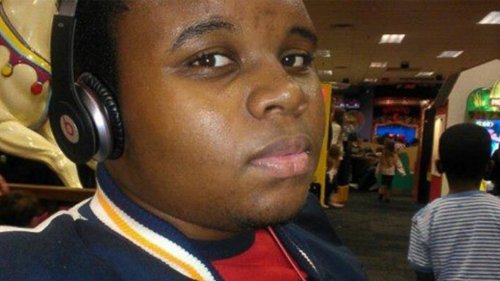 About:
A controversial re-examination of the murder of Michael Brown in Ferguson MO.

Jason Pollock’s debut of his film at SXSW last year set off a media frenzy with significant interest in the incorporation of previously unrevealed surveillance footage of the convenience store implicated in the police’s version of the Michael Brown story. In what became the final, official narrative, Brown’s fate rested on the belief that he had been involved with the robbery of that store. The new footage, in Pollock’s interpretation, demonstrates that Brown was not involved with a robbery but instead a low-level drug deal with convenience store employees – something that Pollock places a great deal of significance in altering the meaning and justification of Brown’s death. Before the film was released commercially, earlier this year, Pollock expanded it to include the controversy that stemmed from the film’s initial screenings, including the spin that police officials placed on the material, and the charges that Pollock manipulated the footage. While it’s understandable that Pollock seeks to unpack and dismiss how the authorities wished to paint Brown’s character in implicating him in a robbery, the focus on the video is not the clear vindication that the filmmaker suggests, and ultimately feels like a distraction from the larger questions around the murder and its justification, such as the conflicting accounts provided by officer Darren Wilson about whether he was or was not aware of the robbery when he engaged Brown. Pollock’s film is undeniably a passionate attempt to address injustice, but it’s marred by his approach, particularly an excessive use of personal narration that is out of place and unnecessary, and which sticks out even more when it takes on the meta level of addressing the fallout from the film’s debut.