Special Screening: THE GOSPEL OF EUREKA 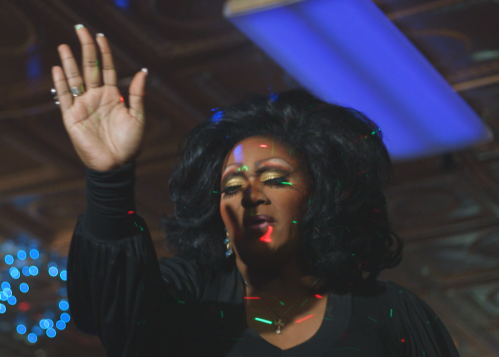 About:
A small Arkansas town hosts both a spectacular Passion Play and a gospel drag show.

If Eureka Springs AR, population 2073, is united by one thing, it’s a belief in God. This Bible Belt town celebrated its Christianity by erecting a massive statue of Jesus known as the “Christ of the Ozarks” 50 years ago, and instituted a large-scale Passion Play around the same time. Reflecting the changing times, however, Eureka Springs also celebrates the Lord via regular gospel drag shows performed at the local gay bar, Eureka Live. While Palmieri and Mosher’s engaging film addresses the potential impact of an anti-transgender bathroom bill on the town, their subjects refreshingly defy preconceptions about where they’d land on the issue, demonstrating instead a tight-knit, inclusive small-town community – one that has surprising commonalities rather than disruptive differences. Eschewing easy demonization of any particular person or group, the filmmakers instead construct a free-moving look at faith, love, and principles in Eureka Springs, highlighted through parallels between the performances of the drag queens and the Passion Play actors – the latter in their own way doing a form of straight, Christian drag – resulting in a welcome, uplifting portrait.