About:
The world’s oldest film festival reaches a landmark year, and, together with its autonomous sidebars, presents approximately 30 documentaries among more than 100 new features.

WHAT YOU GONNA DO WHEN THE WORLD’S ON FIRE?

The festival once again relegates nonfiction outside of its competitive sections. While last year’s event saw four of these slots go to docs, this year, only one title, Roberto Minervini’s exploration of race in America, WHAT YOU GONNA DO WHEN THE WORLD’S ON FIRE?, appears out of 21 contenders in the Venezia 75 Competition, and not a single doc is among the 19 films of the forward-looking Orizzonti. 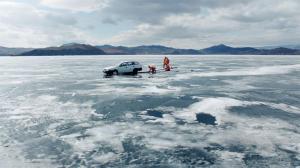 Just about half of the Out of Competition strand consists of documentary features, including new work by notables like Frederick Wiseman, with MONROVIA, INDIANA, a portrait of a rural Midwest community; Morgan Neville, with THEY’LL LOVE ME WHEN I’M DEAD, on Orson Welles’ final years; Tsai Ming-liang, with YOUR FACE (NI DE LIAN), which focuses on close-ups of his subjects; Errol Morris, with AMERICAN DHARMA, a profile of Steve Bannon; Victor Kossakovsky, with AQUARELA, a meditation on water; Sergei Loznitsa, with PROCESS, an exploration of early Soviet show trials; and Emir Kusturica, with EL PEPE, UNA VIDA SUPREMA, about former Uruguayan president José Mujica.

The official lineup’s remaining docs appear in Venice Classics and Sconfini. Among the offerings in the former are Peter Bogdanovich’s THE GREAT BUSTER: A CELEBRATION, a celebration of Buster Keaton; Francesco Zippel’s FRIEDKIN UNCUT, a look at the life and work of William Friedkin; and Mark Cousins’ WOMEN MAKE FILM: A NEW ROAD MOVIE THROUGH CINEMA, which illustrates filmmaking fundamentals entirely through the work of women directors. Sconfini, meanwhile, offers an eclectic collection of selections, including Francesco Patierno’s CAMORRA, an archival portrait of organized crime in Naples; and Wilma Labate’s ARRIVEDERCI SAIGON, the story of the 1968 Vietnam War tour of a group of Tuscan singers.

THE GHOST OF PETER SELLERS

Finally, Venice’s autonomously organized sidebars also present a smattering of nonfiction: International Film Critics Week presents one out of its nine selections, Saeed Al Batal and Ghiath Ayoub’s STILL RECORDING, which follows a pair of Syrian friends as they film their lives under siege; while Venice Days offers six docs among its 22 features, including Peter Medak’s THE GHOST OF PETER SELLERS, which revisits the disastrous production of the filmmaker’s pirate comedy starring the mercurial screen legend; Daniele De Michele’s I VILLANI, which explores Italian food traditions through the stories of several peasants; and Rithy Panh’s GRAVES WITHOUT A NAME, which follows the search for the graves of a victims of the Khmer Rouge.