On DVD: THE LAST LAUGH 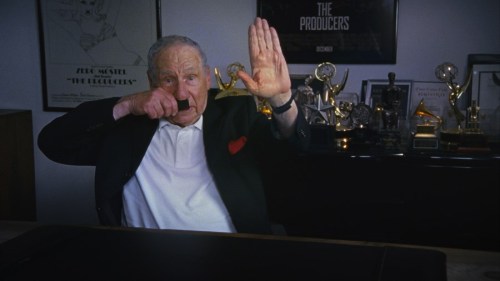 New to DVD this week:
THE LAST LAUGH

About:
An exploration of taboo topics – like the Holocaust – in comedy.

In an age when virtually anything a comedian might joke about might be found offensive to a particular group of people, Pearlstein explores what may be among the most taboo of taboo topics: The Holocaust in comedy. Assembling a who’s who of talking heads – including Mel Brooks, Sarah Silverman, Carl Reiner, Rob Reiner, Lisa Lampanelli, and Gilbert Gottfried, among many others – the film questions whether it’s appropriate to use humor to explore one of the worst tragedies in modern history, and what boundaries these and other comedians have in tackling this and other difficult subjects such as 9/11. Representing the perspective of actual Holocaust survivors here is Renee Firestone, who, while able to find some philosophical positivity despite her travails in the camps, isn’t usually amused by jokes about the Holocaust. While the film doesn’t always elegantly blend the comics’ talking heads riff with Firestone’s often too-familiar scenes – and probably should have stayed exclusively focused on the Holocaust rather than going a bit too broad with other taboo topics – it nevertheless offers often very funny insight about the roles and functions of humor to make sense of all of life’s experiences, including the difficult ones.