2018 DOC NYC in Focus: Behind the Scenes

THE GHOST OF PETER SELLERS

Section:
Behind the Scenes, films about film and television:

BEYOND THE BOLEX
Director: Alyssa Bolsey
WORLD PREMIERE
Alyssa Bolsey explores the iconic Bolex camera, invented by her great-grandfather, Jacques Bolsey, who was a Russian refugee during World War I. 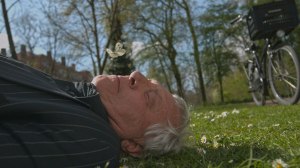 THE GREENAWAY ALPHABET
Director: Saskia Boddeke
NYC PREMIERE
Peter Greenaway (THE COOK, THE THIEF, HIS WIFE AND HER LOVER) is profiled with an alphabetical word association, directed by his multimedia artist wife.

THE INSUFFERABLE GROO
Director: Scott Christopherson
NORTH AMERICAN PREMIERE
Stephen Groo, a Utah-based filmmaker of outlandish low-budget genre films with admirers like Jack Black, attempts an opus that may be his undoing.

THE ORANGE YEARS: THE NICKELODEON STORY
Directors: Scott Barber, Adam Sweeney
WORLD PREMIERE
A nostalgic and entertaining look back at the early years of Nickelodeon, the TV network that let kids enjoy being kids. 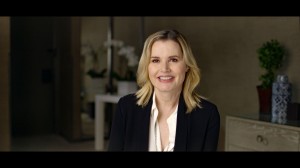 THIS CHANGES EVERYTHING
Director: Tom Donahue
NYC PREMIERE
Meryl Streep, Jessica Chastain, Shonda Rhimes and Geena Davis join a who’s who of Hollywood in this investigation of the entertainment industry’s systemic sexism. 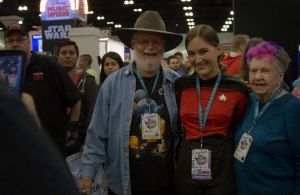 UNITED WE FAN
Director: Michael Sparaga
NYC PREMIERE
Looking at fandom culture that rallied around shows like STAR TREK or CAGNEY AND LACEY, this film reflects on the meaning of pop culture devotion.

WHAT SHE SAID: THE ART OF PAULINE KAEL
Director: Rob Garver
NYC PREMIERE
A nuanced portrait of controversial and influential film critic Pauline Kael revisits late-twentieth-century cinema through her words, followed by an extended Q&A.

More Info:
For full descriptions, a list of expected guests, screening details, and to purchase tickets, click on the individual titles above, and follow links for ticketing, where still available. Note that anything indicating Rush Only may still have tickets available day-of at the venue. Or consider purchasing one of DOC NYC’s several Pass options for access to a variety of programming.

One response to “2018 DOC NYC in Focus: Behind the Scenes”