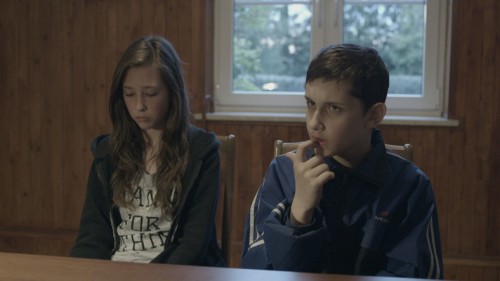 Notable Recognition:
The doc was shortlisted for the Academy Awards.

About:
A Polish teenager is forced to assume adult responsibilities.

Zamecka’s striking debut draws the viewer into the lives of Ola, a 14-year-old girl and Nikodem, her younger brother, who has autism. Their mother abandoned the family to begin a new one with another man, while their father is an alcoholic, leaving Ola to take on the burden of running the household while also attempting to keep up with her studies. If that wasn’t enough, the overwhelmed teen finds herself leading Nikodem in the frustrating task of studying Scripture for his first communion. While there appears to be some element of hybridized filmmaking here, Zamecka doesn’t explicitly foreground any artifice, resulting instead in a compelling, humanistic observational portrait of a remarkably adaptive young girl whose childhood and innocence is slipping away far too quickly.