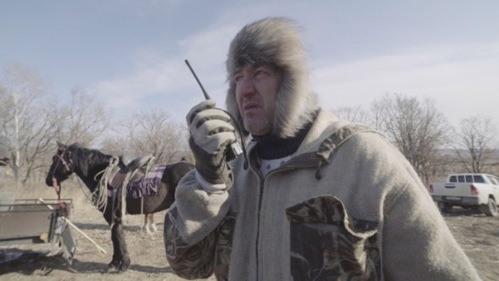 In the span of only a handful of generations, the tiger has been transformed from a venerated creature with a role in our cultural consciousness into a major source of revenue – and the population of wild tigers in Asia has dropped from over one hundred thousand to less than four thousand. TIGERLAND illustrates how shifting political realities in Russia and India created a lucrative poaching underworld that decimated the tiger population.

In the face of corruption and cultural apathy, Russian scientist Pavel Fomenko and the conservationist family of Kailash Sankhala of India lead inspirational tiger-preservation movements to keep the legendary animal from disappearing entirely. Combining vérité, archival material, and breathtaking landscapes, director Ross Kauffman captures Fomenko’s contagious passion as we go into his wildlife sanctuary and witness his deep connection to the tigers. Meanwhile, the Sankhala family inspires others to fight for the tiger’s survival through literature and tourism. While examining the systems that allowed the tiger’s near extermination, TIGERLAND is a stirring yet troubling portrait of our relationship to nature in the Anthropocene age.

Kauffman won on Academy Award and Emmy Award for BORN INTO BROTHELS, which had previously received an audience award at Sundance. His Emmy-nominated follow-up, E-TEAM, picked up a cinematography award at the festival.

The Emmy-nominated Duffy is the production partner of Fisher Stevens. She most recently produced the National Geographic doc feature BEFORE THE FLOOD.

Actor/filmmaker Stevens won on Oscar for THE COVE, which won an audience award at Sundance upon its premiere. He received Emmy nominations for BRIGHT LIGHTS: STARRING CARRIE FISHER AND DEBBIE REYNOLDS and RACING EXTINCTION.

DB Productions’ Morhaim previously served as a line producer for Sundance fiction alumni COLD IN JULY, HOW TO BE A MAN, and WE ARE WHAT WE ARE.

This marks the first Sundance credit for Prokhorkina.

Beatus is VP of standards, practices, and social good at Discovery Communications, as well as the creator and program director of Project CAT, Discovery’s global tiger conservation campaign in partnership with the World Wildlife Fund.

The RadicalMedia partner was a longtime executive at MTV. This is his first Sundance project.

Kamen is the Emmy-nominated chairman and CEO of RadicalMedia.

The Oscar-nominated and Emmy-winning Wilkes left his longtime post as president of RadicalMedia several months ago to head Imagine Documentaries.

Hoffman most recently served as EVP, documentaries and specials for Discovery. He previously was a longtime VP at HBO Documentaries, where he won several Emmy Awards.

The Emmy-winning Bardin is VP, documentaries and specials for Discovery.

Deguchi also edited the 2018 Sundance narrative feature WE THE ANIMALS.


Why You Should Watch:
Kauffman wisely grounds the daunting issue of tiger preservation through two relatable, interweaving stories of passionate activists. Fomenko, in particular, is an unforgettable figure, experiencing unexpected challenges in the course of his mission.