2019 Sundance Docs in Focus: TONI MORRISON: THE PIECES I AM 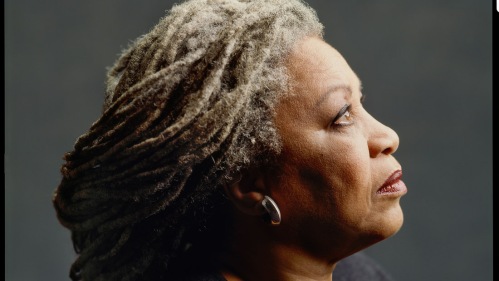 TONI MORRISON: THE PIECES I AM
Timothy Greenfield-Sanders profiles the Nobel and Pulitzer Prize-winning literary icon.

After a stint as an editor early in her career, American writer Toni Morrison understood the publishing industry better than the ordinary writer – but she refused to be defined by the establishment. She wrote her books from a vital, underrepresented point of view. Morrison was one of the few who wrote for an African American audience, and she understood the way language could operate as an oppressive or uplifting force – she refused to let her words be marginalized. After years of fighting to be heard, Morrison was awarded a Nobel Prize for her writing, and her novels are now taught in schools around the world.

Through a trove of archival material, evocative works of contemporary art, and interviews with Oprah Winfrey, Angela Davis, and Morrison herself, we revisit her famed books and learn about the inspiration for her writing. Throughout, Morrison is effortlessly graceful, insightful, and candid, making this intimate, comprehensive portrait of her life and works an exploration of what it means to be a writer whose stories are so deeply intertwined with often-unrealized national truths.

Greenfield-Sanders is an acclaimed photographer whose work is in the collections of MoMA and the Whitney. He is a Grammy winner for his LOU REED documentary.

In addition to producing Greenfield-Sanders’ last six documentaries, Thompson is a well-regarded casting agent through his company, communa-k.


ABOUT FACE
THE BLACK LIST
GOD GREW TIRED OF US

American Masters’ Kantor also executive produced fellow 2019 Sundance Documentary Premieres MILES DAVIS: BIRTH OF THE COOL and WORDS FROM A BEAR. Before coming to the PBS series, he was an Emmy and Peabody Award-winning director whose work has appeared on PBS, HBO, and Bravo.

Why You Should Watch:
Greenfield-Sanders reveals Morrison, largely through her own words, in new interviews and via her powerful writing. Audiences will no doubt be inspired to revisit lauded works like BELOVED, SONG OF SOLOMON, and THE BLUEST EYE soon after watching this penetrating portrait.