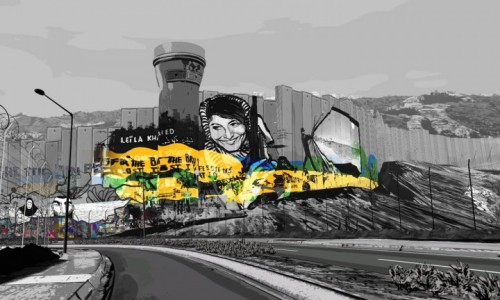 About:
An animated adaptation of David Hare’s play exploring the impact of Israel’s West Bank barrier.

Presented free to audiences in a one-week run at NYC’s Film Forum, Christiansen’s film will, of course, have resonance with American viewers due to the current presidential administration’s obsession with a border wall with Mexico. While that contentious project sits outside of the scope of Hare and Christiansen’s doc, another historical structure, the Berlin Wall, is invoked here, with its similarities and contrasts to the Israel/Palestine separation barrier pointed out during Hare’s meditation on mitigating conflict between the two nations. Reviewing the barrier’s origins in response to terrorist bombings within Israel, Hare notes its relative successes and failures – bombings down, but rocket attacks up – and seeks out the perspectives of individuals on both sides, literally. Christiansen provides audiences with an imaginative way to experience the wall and its various meanings, while also helping to break the project out of its theatrical origins – though there’s no fully escaping its staginess, given Hare’s monologuing.